Ewa Grochowska is an artist and activist working to end violence against women. She is the founder of Freedom4Ewa in which she helps survivors live in love by providing support and donating art supplies.

Ewa Grochowska was born in Poland and grew up in the United States. She recounts her childhood of abuse by her father and two abusive relationships as an adult. Her love for art helped her live through the pain she suffered as a child and an adult. She is a potter and ceramic sculptor and a domestic violence awareness activist who helps other survivors along their journey to build a life free from abuse. She donates her time and supplies to provide art programmes to children living in domestic violence shelters, and reaches out to the public to share her story of survival to spread awareness. In 2013, she started Freedom4Ewa with a goal to bring domestic violence to extinction.

The second part of her interview, in which she talks about her anti-domestic violence work, will be published 1 September 2014.

TRIGGER WARNING: This segment of Ewa’s interview contains descriptions and discussions that may be distressing to victims and survivors of domestic violence. 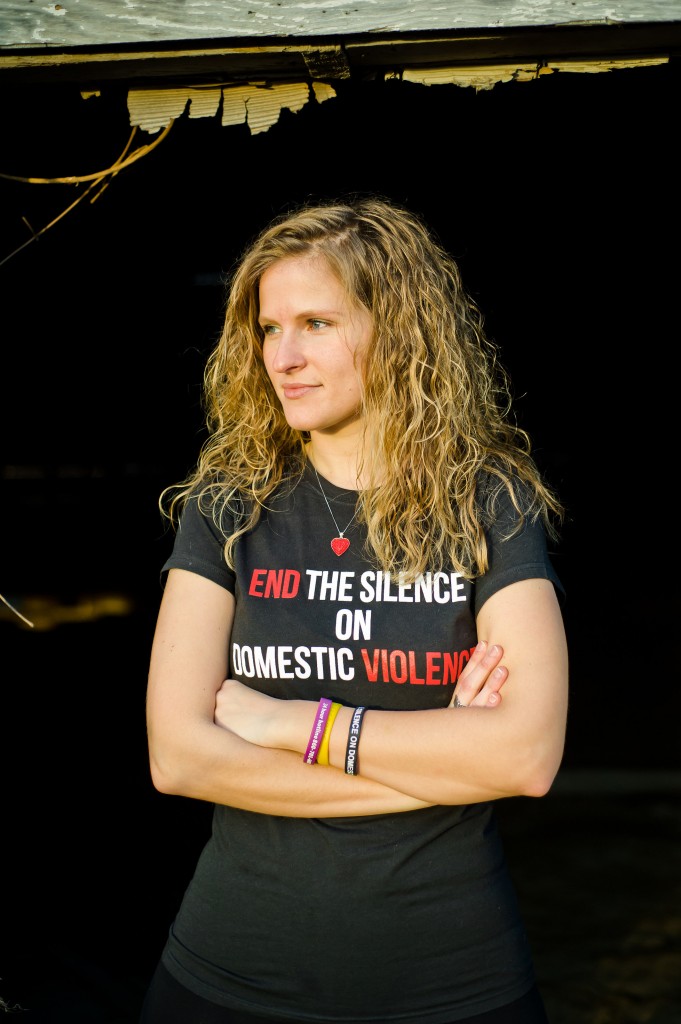 1. You described yourself as a “zombie” at the height of the abuse with your former partner. Please tell us how the domestic abuse began and how it affected you.

The domestic abuse began a couple of months into the relationship. It started with verbal abuse at first, to break me down, and then he started physical abuse. My abuser used my low self esteem to manipulate me. He pulled me away from my family and friends in order to gain full control over me. This was the “grooming process” to control me, he controlled what I wore, what I ate, when and if I slept, when I was supposed to have sex with him, who I could talk to, and what I was supposed to say. I was abused in every way possible, mentally, emotionally, psychologically, financially, and sexually. I thought the only way I was going to leave the relationship was in a body bag. I was dead inside from the abuse and I could only go through the physical motions of life.

2. “All you can think is, wow, what did I do to make him do this.” You bravely said this in a recent interview. Many domestic survivor victims feel that the violence is their fault. Why do you think this is and how did you stop the cycle of self-blame?

I believe that victims of domestic abuse think that they are to blame, because they are constantly told by the abuser that they are to blame for everything and eventually you believe it. You become brainwashed. I have no other way of explaining it. It is a process used by the abuser, in order for them to gain complete control over you. Ask any survivor of Domestic Violence, they will tell you that they were not the same person during the abusive relationship as they were prior to it.

During the beginning of the relationship I blamed myself for all of the abuse because he broke me down to a point where I no longer had any self respect left inside of me. Towards the middle to end of the relationship I knew that I was not to blame but I was suffocating and would never oppose my abuser because I believed that if I did it would just escalate the abuse that much further. I stopped the cycle of self-blame when I got out of the abuse and went to counselling and learned about the dynamics of abuse. I had to start the process of healing and believing that I was worth loving.

3. How did you finally find the courage to flee your former abusive partners?

The last abusive relationship ended in April 2012. It was not courage that made me leave my abuser; It was knowing that April 4, 2012 would be the last day that I would be alive. The abuse was getting more emotionally and physically out of hand and I knew that there was only one way that I would be getting out of the relationship and that was in a body bag. That day my abuser called me at work and was yelling at me through the phone, I asked him if it was safe for me to come home. He said nothing and hung up the phone. I thought to myself, this will be the last day that I am alive if I go home. At that point I knew that I had to fight for my life, it was now or never. The only consistent male figure that I had in my life at that time was my manager. I went to his office sat down and said, “I cannot believe I am going to do this right now”. I sat there for hours and told him what had been happening for the last three and half years. That was the last day that I saw my abuser.

They could not believe the type of abuse I endured for all those years. They were upset, sad, and confused and asked why I did not tell them and leave the abusive relationship. I had to explain to them that I was scared that he was going to hurt them as he threatened to hurt my family multiple times during the abuse. I would rather he hurt me than them.

The advice that I would give to family members and friends who are worried about a loved one is to pay attention to detail. If your loved one’s usual demeanour is happy and full of life and then they start to become depressed and withdrawn, it is for a reason. The victim is very vulnerable during the abuse, may be frightened for their life, and do not want to bring more harm onto themselves. Give them help in any way that you can, whether it is a place to stay, love and support, or counselling. The only way for a person to not go back to an abusive relationship is for them to regain inner strength and love for themselves and they need support in order to do this.