Martin is the husband to Siobhan and father to Jaxon, who is four months old. His other roles fall behind those. He has been told that he has been a dad for years because he works and volunteers in youth work as a teacher, college access advisor, youth leader, and mentor for young men in the DMV area (DC, Maryland, Virginia) for over 10 years. He waves his nerd flag proudly and is the type of comic book fan who scoffs at the pseudo fans who only know about X-Men and The Avengers because of the movies. 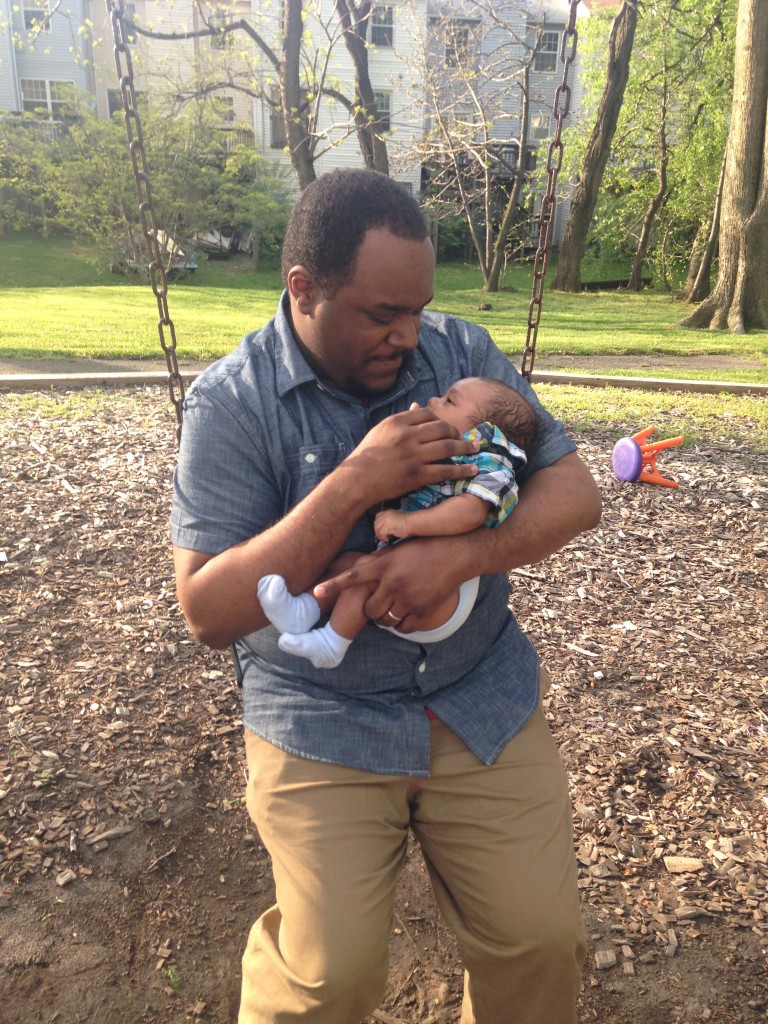 The best thing about being a dad so far is enjoying the day-to-day growth and changes of my son. It feels like he does something different every day. I get so excited when he smiles, laughs, rolls onto his side, or responds to people.

Growing up, my father was very clear about how I was to conduct myself with women as a man. My father is a gentleman and I learned to emulate him at an early age. I learned social etiquette towards women from him. My father demanded that I respect women, starting with my mother and twin sister. This was non-negotiable in my house.

Fathers and other male role models must actually model appropriate behaviour for the young men in their lives. Young men have to see examples of men who not only respect women but acknowledge the injustices against women in this world. Boys will not grow up as advocates unless they see that their fathers don’t distance themselves from women’s issues. My son, Jaxon, will know that the more subtle harmful and offensive microaggressions are just as wrong and unacceptable as hitting a woman.