Our eighteenth Survivor Stories interview is with Angeline Phillips from the U.S.A.

TRIGGER WARNING: The first segment of this interview may be triggering for some survivors of domestic violence.

KyUnPum (Angeline A. Phillips) is a lifetime resident of Satus, WA and an enrolled member of the Confederated Tribes and Bands of the Yakama Nation. She graduated from a public high school where students of colour were labelled poverty stricken and given limited opportunities of success. At 22, KyUnPum became a mother. The father had abusive behaviour, forcing her to become a single parent of three. When her children were teenagers, she enrolled in Heritage University as a full-time student while working as a full-time counselor with the Yakama Nation Domestic Violence Programme. After graduating with honours from Heritage, she continued providing domestic violence victims’ counseling and facilitating men and women’s perpetrator re-education programmes using the Moral Reconation Therapy workbook. Currently, KyUnPum is the Yakama Nation Probation Officer and Supervisor. Her accomplishments include being the first enrolled Yakama to complete the Tribal Probation Academy, being recognised by the Women Spirit Coalition as a 2011 Envision Award Recipient in Eliminating Violence Against Native Women, and promoting the wellbeing of Native Families and Communities. She is the youngest of 14 siblings, the mother of three children, and the grandmother of four. 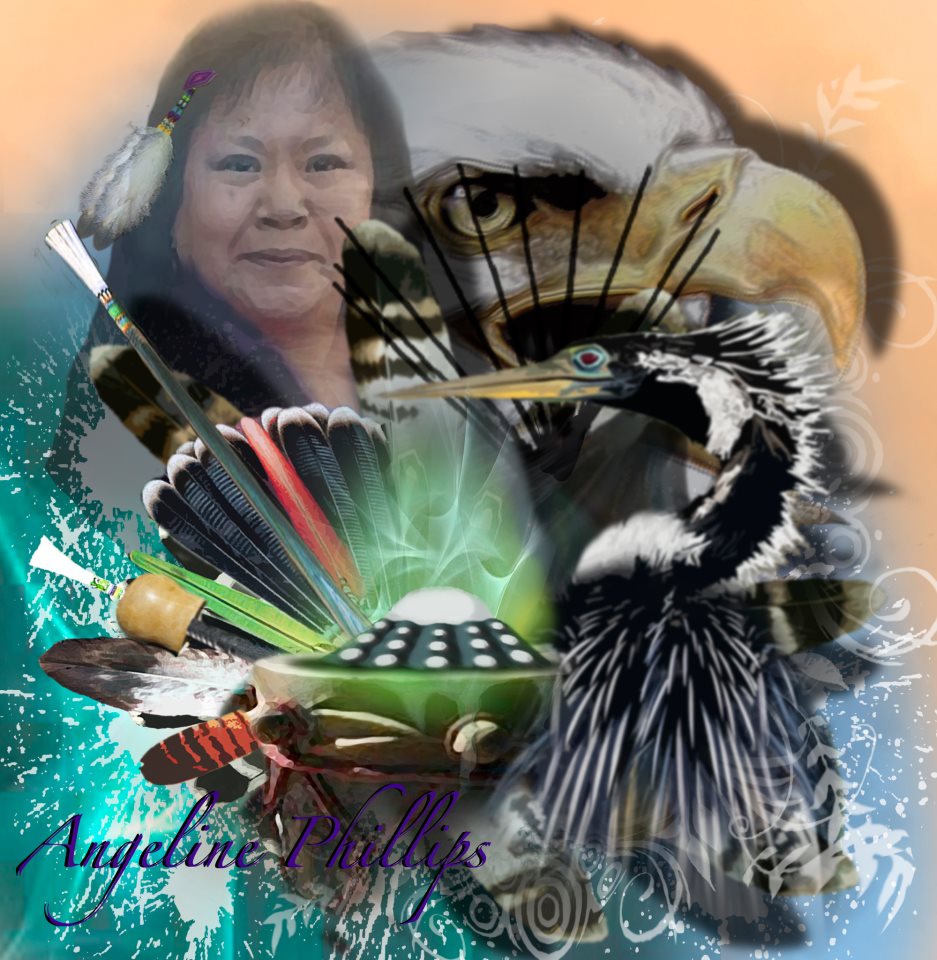 I was repeatedly called disrespectful names until I began to believe that he was right. When he first punched me, I didn’t fight back. I allowed him to hit me because he told me that I deserved it. I was forced to have sexual intercourse with him after having a c-section birth to prove my devotion to him. While nursing our second child, he grabbed the baby away from me and picked me up by pinching my nipples and slamming me into the bedroom closet. I was forbidden by him to nurse the baby after that. Following several months of ridicule and accusations, I became pregnant with our third child. He threatened to kill me after I gave birth to her, claiming that I was messing around on him. He would never consent to a blood test but did consent to being the father in paternity court for all three of our children.

After six-and-a-half years of the on-and-off relationship with my children’s father, I began to realise that it didn’t have to be this way. I reminded myself of a time I was six years old and hiding under a bed with my mom because my dad was looking for her with a machete knife to kill her. I didn’t want to end up hiding with my children to save our lives. When I finally fought back to free myself from his grasp around my neck, I told myself I would never go back to this relationship, even when he threatened me and stalked me. Afterwards, I stood my ground and believed in myself once again. I finally ran, left it behind me. I never wanted the abuse to exist in the lives of my three children and myself.

I cried for days on end, wondering if I made the right decision. One early morning while crying out to the Creator, I heard a hawk outside of the house. It flew over me, screeching, making its presence known and it was then I found strength and courage within myself. I leaned on my mom and my auntie for guidance. They encouraged me to build my life up and do what I always wanted to do: get a job to raise my children, contact friends and become sociable again, get active with people my age, get interested in our culture and traditions, and gain self confidence to live life as a single parent. They offered counseling sessions as we traveled to our sacred mountains, assisted with daily chores so that I wouldn’t get overwhelmed, and gave me unconditional support and love. And when I hear a screeching hawk, I am reminded of a spiritual strength that entered my soul at a time I was doubtful of my life.

Never give up on yourself. Never doubt your ability to live on your terms. Give yourself the love and respect you deserve, even when he tells you that you don’t deserve to be loved or to be respected. Confide in your most trusted woman friend, your mom, your auntie, or sister – one who will be your strength and comfort. Have a plan of escape, but don’t share it with others. Be affectionate with your children, love their fears away, let them know they will be safe with you despite the hell you are experiencing. Follow through with restraining orders, court orders, and other legal matters relating with the domestic violence issue. Get help! Now there are programmes available for victims of domestic violence. Back then, there were none or, if there were, I did not get familiar with them.

We can end violence against women by gaining knowledge through professions who have contact with victims at any given time. Provide support to all victims. Educate the public. Offer Perpetrator Re-Education classes. Inform the youth of domestic violence so they don’t become perpetrators or victims once they become involved in a relationship.

I support The Pixel Project due to the past silence of domestic abuse and other forms of violence against women amongst many different cultures, countries, and communities. To promote and support such an organisation means to promote healing of women suffering from the hands of an abusive partner, family member or cultural practice. Around the world, victims suffer from emotional, physical, and psychological abuse, and this sometimes ends in a tragic death. Victims of domestic violence need to be aware that there are sincere human beings who offer services and are available to assist in rebuilding and strengthening the lives of those who once experienced traumatic lifestyles at the hands of a perpetrator. No more silence; communication is the key in many languages with one heart.