This month’s interview is with Laura Bates, the founder of the Everyday Sexism Project, a collection of over 50,000 people’s experiences of gender imbalance. The project has been used by politicians, schools, universities, businesses, police forces and the UN to make concrete steps towards ending gender inequality. Laura writes regularly for the UK newspapers The Guardian and The Independent, and her work has appeared in the Financial Times, Grazia and the New Statesman among others. She is Patron of Somerset and Avon Rape and Sexual Abuse Support (SARSAS), which is a member of Rape Crisis England and Wales. Laura is also a Contributor at Women Under Siege, a New York-based organisation working against the use of rape as a tool of war in conflict zones worldwide. 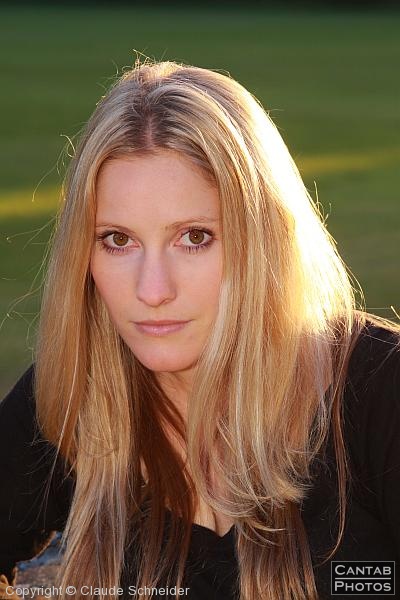 1. The opening paragraph of your website states: “The Everyday Sexism Project exists to catalogue instances of sexism experienced by women on a day to day basis.” How, when and why did you decide to set up the Everyday Sexism project?

I had a sudden awakening in April 2012 after a period when I experienced several different incidents of harassment and groping, and suddenly realised that if they hadn’t all happened so close together I never would have thought twice about them, because they were so normal. I asked other women about their experiences and could not believe how many people were dealing with sexism, but found that the problem was not taken seriously – if they tried to speak out, people said women were making a fuss about nothing. So I started the project to collect these women’s stories, give them a platform, and force people to realise how bad the problem was so that we could begin to tackle it.

2. Your project has now documented over 50,000 entries. Survivors from across the globe have submitted testimony of sexism, harassment, rape and sexual violence. Did you have any idea that the problems of sexism and gender based violence were so far-reaching and so devastating?

No, I had no idea the problem was so severe or so far-reaching, and I have been shocked by the severity and number of the testimonies we have received from all over the world. The more I have learned about gender inequality and violence against women, the more shocking it is that I was so unaware before, and indeed that so many people remain so. 1 in 3 women on the planet will be raped or beaten in her lifetime; around the world, women aged 15-44 are more at risk from rape and domestic violence than from cancer, car accidents, war and malaria. Yet the problem has become so normalised that it is just part of the wallpaper and not recognised fully for the human rights violation it is.

3. Many of the survivors who contact Everyday Sexism are under the age of 18. Recent reports from The Office of the Children’s Commissioner have documented an alarming prevalence of rape and sexual violence amongst teenagers. What do you believe is at the route of this surge of violence against girls?

I think we have to be wary about describing it as a ‘surge’, as it is possible that the problem has always existed and we are now able to document it and collect testimonies in a way that was not possible before; But I do think that it is absolutely shocking and deeply worrying that we receive so many accounts of sexual harassment, sexualised violence and abuse from young women and girls. Part of the problem, according to the testimonies we have received, is the increasing normalisation of violence against women – we hear from lots of young people who think that violence is normal in relationships; that it’s okay to hit a woman if she’s been ‘nagging’; that it is not possible for a boy to rape his own girlfriend.

4. The House of Lords has recently blocked a new law designed to make sex education a compulsory subject. Schools in the UK have no obligation to teach pupils about issues of consent, respectful relationships or gender based violence. What role does education play in protecting girls from abuse?

I truly believe that education is absolutely essential in protecting young people from abuse, giving them vital tools to help them form healthy relationships and preventing domestic and sexual violence further down the line. The problem I mentioned earlier about false perceptions arising from online porn, for example, could be substantially offset with comprehensive, age-appropriate education in schools explaining the difference between porn and real sex; talking about the issue of consent; exploring issues like rape, sexual assault and domestic violence, and providing information about respect and healthy relationships to both boys and girls. That the government doesn’t consider it necessary for these to be obligatory elements of our children’s education is absolutely baffling. We have spoken to a great many older women who said that they were already being abused in childhood, but never realised it was not normal because such things were never spoken about at school. Others said they learned about domestic abuse ‘the hard way’ because no information about healthy relationships and abuse was ever shared with them. This is a no brainer – our children need this information and support, and the impact it could have for all of us societally in the long run could be enormous.

5. Lord Rennard is a high profile Liberal Democrat and political strategist who has been accused of sexual harassment. Some commentators have criticised the women who have accused Rennard for “making a fuss” and that “women have bigger problems to deal with.” What do you say to people who feel that sexual harassment is not a significant problem for women?

I think it is ridiculous to suggest that anybody, regardless of their gender, should have to work in an environment where they experience sexual harassment, groping, or inappropriate behaviour. The idea that these women should not have ‘made a fuss’ is absurd. What they described is not allowed in the workplace under the equalities act and according to workplace sexual harassment legislation, so they were absolutely right to report it. Of course it is true that women also sadly face other, major issues of gender inequality in wider society, but this is no reason not to tackle every instance of sexism and harassment. Nobody says we should abandon all fraud investigations because murders are taking place, it is just another way of trying to silence women and shifting the blame onto the victim instead of the perpetrator. I also think it is vital to be more aware of the long-term implications of sexual harassment for women, we are not just talking about the individual incident itself, but its repercussions (particularly in the workplace environment, where inappropriate sexual harassment may be part of a wider pattern of gender inequality, often perpetrated by men in positions of power and influence over their victims). This can have a huge knock-on effect on a woman’s career.

And for those who say street harassment is ‘minor’, I challenge them to read the stories we receive from 10 and 11-year old girls, having grown men shout comments about their breasts as they walk to school in their uniform. Is that just a bit of fun? Is it still just a compliment when a woman ignores her street harasser and he becomes aggressive, pursues her, or physically assaults her, as has happened in so many of the testimonies we have collected? These issues are all interconnected on a spectrum. The same ideas and attitudes about women that underlie the more ‘minor’ incidents people tell us to brush off are also at the root of more major examples of gender inequality such as sexual violence. We have to tackle them all together if we want to make a real change.

One thought on “Inspirational Interview: Laura Bates – Part I”