This month’s Inspirational Interview is with Rita Smith – a feminist activist and the Executive Director of the National Coalition Against Domestic Violence. She continues her interview with the The Pixel Project about her involvement with the NCADV and what is happening with domestic violence advocacy in the United States at present.

You can read part 1 of the interview here. 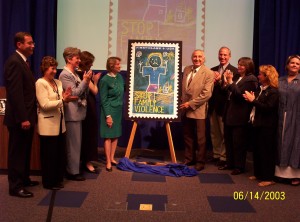 6. How did you first come to be involved with NCADV?

I served on the Steering Committee from 1990-1992, and then applied for a position at the main office in Denver in late 1992. I became the executive director in 1993.

7. Do you feel that domestic violence has become worse since NCADV was first founded? Has the nature of the problem changed for example, or have services improved?

We have helped develop a strong network of services since our founding. In 1978, there were around 200 programs in the United States and now there are over 2,000. More programs provide more help, but do not mean that more women and children are being abused. I think that, because we are more aware of the numbers of people impacted, it appears that the numbers are growing. Also, we have helped pass legislation to respond to this issue, and training is now available to lawyers, police officers, and judges, which so helps in holding abusers accountable. Local domestic violence programs have developed strong community connections and are respected non-profits in the areas they serve.

There are still many issues that need to be addressed. Family courts are still making terrible decisions on child custody cases when violence is present, and the number of women and children murdered every year is more than enough to keep us fighting. Our work is not done.

8. If someone reading this is worried about a friend or family member who may be a victim of DV, how should they help? What are those first signs of domestic violence and how can friends and family intervene both safely and to help get the victim to safety?

If you are worried about someone in your life, chances are very good that something bad is going on. I firmly believe that it is our human intuition that tells us when there is danger around us, but we choose to ignore or dismiss it most of the time.

Extreme jealousy, constant monitoring of someone’s behaviour, isolation from friends and family, degrading language, and abuse of pets are just some of the signs that violence is occurring.

Calling local domestic violence shelters, asking for information about resources, and talking with an advocate about how you can help someone you care about are good options. Finding a safe time and place to tell the person that you believe they are being treated poorly, that they deserve to be treated with respect, and that you will support them if they decide to make a chance is incredibly important. While it is difficult to continue to help someone when they make a decision you don’t agree with, such as returning to someone who may be abusing them, it is critical that you do not stop supporting them. Further isolation of the victim only helps the abuser, and puts her at a far greater risk.

9. There have been a number of high profile cases of domestic violence in recent years involving celebrities such as the recent Nigella Lawson/Charles Saatchi case in the UK. Do you think these cases have a positive or negative impact in the overall fight to stop domestic violence?

High profile cases fosters opportunities to improve dialogue, to better educate the public about the complexity of domestic violence, and to provide information about resources for victims who recognise themselves in these stories. These cases also break down the myth that domestic violence only happens to poor and uneducated women.

10. In your opinion, how can we end violence against women for good?

We can end violence against women by creating an environment that values and respects all women, where the use of violence in a relationship is never accepted or excused, and where men challenge each other’s use of violence.