This month’s Inspirational Interview is with Rita Smith, the Executive Director of the National Coalition Against Domestic Violence. Rita Smith has had a long history of working in the field of Domestic Violence and has been involved since 1981. Since she assumed leadership of the NCADV, she has been active in the media (both print and TV/radio) working to forward the progress of anti-violence work through numerous interviews and authoring articles. She has co-authored a legal manual for attorneys working with domestic violence victims in Colorado. In December of 2010, she was invited to the Oval Office, along with a small group of other national leaders, to join President Obama as he signed the Family Violence Prevention & Services Act into law. In December of 2011, Smith was named Distinguished Alumna of Polk State College and, in 2013, was awarded the Leroy Collins Lifetime Achievement Award by the Florida Education Association. She believes that advocacy and social change are intricately connected and cannot be done separately. 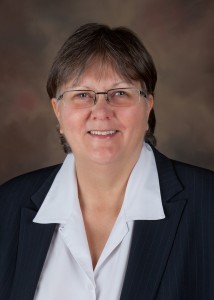 1. The USA’s National Coalition Against Domestic Violence (NCADV) was founded 35 years ago. Please tell us how your organisation first started?

In 1978, Congress held a U.S. Commission on Civil Rights hearing to learn about an emerging issue – battered wives. Around 200 local advocates came to Washington D.C. to share information about women and children seeking assistance as they fled violence. They gathered in the halls and bathrooms during breaks to discuss what the next presenter would say and were quite animated in their efforts. The Capitol Police nearly threw them out for being disruptive and the organisers found a room for the advocates to meet in. They agreed that, at the end of the day, they needed a national voice to represent local programs and survivors, to work with Congress and the Administration on policy and law, and to provide support for communities as they established services for victims of domestic violence. The National Coalition Against Domestic Violence (NCADV) was created by those grassroots advocates and we still make their voices and needs a priority as we do our work. Today, the NCADV is made up of grassroots activists, local shelters, service providers, survivors, and State Coalitions.

2. What are the main aims of NCADV?

The NCADV has been a leader in the struggle to end domestic violence for the last 35 years. We provide public policy and advocacy at the federal level, technical assistance to sexual and domestic violence organisations, creative programming and training to service providers, as well as information and referrals for survivors and the concerned public.

3. Part of your mission states the following:

“It is the mission of NCADV to work for major societal changes necessary to eliminate both personal and societal violence against all women and children.”

Please give us examples of both the personal and societal violence that you are trying to eradicate. How do they differ?

Personal violence is an act of physical aggression, threat, abuse, coercion, or control against another person. NCADV works primarily on intimate partner violence, the use of force to control that other person’s behaviour and actions. It can take on many forms: hitting, slapping, kicking, shoving, constant degrading language, demands to know where one has been and with whom, threats to hurt them or other people in their life, financial control, stalking, and harassing actions to monitor every move and contact. Societal abuse of power and domination come in the forms of sexism, racism, homophobia, classism, anti-Semitism, able-bodyism, ageism, as well as other oppressions.

As for societal violence, NCADV recognises that the abuses of power in society foster violence by perpetuating conditions which condone all types of violence.

Therefore, it is the mission of NCADV to work for major societal changes necessary to eliminate both personal and societal violence.

4. How does NCADV help the women and children who are vulnerable to both personal and societal violence?

The NCADV works directly with victims of domestic violence by providing information, referrals, and resources to women, children, and men who contact us through email, telephone and our website. We, also, provide information and support through our Facebook account. Our programs include a financial education workbook for survivors, a teacher’s guide to recognise children at risk, and cosmetic dentistry and plastic surgery program to repair injuries to the head, face, neck, and smile zone.
The NCADV also works on policy and legislation that impacts victims of domestic violence, as well as directing funds to support the work in local communities to end violence against women. Our positions on ending racism, sexism, and homophobia help reduce the societal conditions that condone and support the use of violence.

5. When did you first become involved in campaigning for women’s rights? What was your “moment of obligation” that inspired you to take action?

In 1981, I responded to an advertisement for a counsellor position in the newspaper. Once I arrived at the interview, I learned that the position was working in a shelter and they asked me what I knew about battered women. Even though I had a degree in psychology, my answer was, “Actually nothing.” I, somehow, got a second interview and, eventually, the job. The reality was that, in 1981, very few people were aware of or understood the issue of battered women. I was able to learn so much from the women and children who gave me the great gift of sharing their stories, who helped me understand the impact of violence on their lives. I became very committed to ending this violence, as too many things wrong in our world can be connected back to far too many people not being safe in their own homes.