Johanna Crawford is the Founder and Executive Director of Web of Benefit – a U.S.-based nonprofit working to help women who have survived abuse to successfully rebuild their lives. When she was young, living in a middle-class, white suburb of Philadelphia, her father—a handsome, charming man when sober—drank often and abused her mother. When she was 13, he tried to kill her. She rarely saw him after that.

Fast forward through college, marriage, two wonderful daughters to starting, buying and selling several small businesses. When Ms. Crawford was 55 years old, she realised that she needed to do something about domestic violence in whatever small way she could. While she was volunteering at a crisis shelter nine years ago, she gave a survivor US$40 and knew that she had changed her life. What the survivor did not know was that she had forever changed Johanna’s life as well. 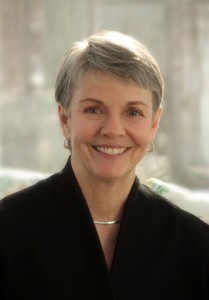 1.Tell us about your charity, “Web of Benefit”. What is your core mission and what do you hope to achieve?

Our mission is to promote liberation from domestic violence and ensure the personal and financial independence of survivors, while breaking the intergenerational cycle of abuse. Our goals are to empower survivors to advance from safety to stability to self-sufficiency and economic independence. We mentor them to rebuild their dreams by dreaming big and focusing small, to create a realistic step-by-step plan to reach each goal.

Our vision is a world where women can live free from the threat of violence. We hope to help create this world by strengthening partnerships and collaborations with survivors, domestic violence agencies, foundations, corporations and private individuals to achieve our goals.

2. How did Web of Benefit begin?

Web of Benefit began the day I gave $40 to a survivor who arrived at the crisis shelter where I was volunteering. She had fled Chicago with her two young children and two black trash bags containing all their possessions. She had left so quickly that she had not had time to find their documents, including her birth certificate and those of her children. From a legal standpoint, they did not exist and could not get any type of financial assistance, health care, childcare, or apply for housing. She needed the $40 to send to City Hall in Chicago to replicate the documents, but she had no money for the money orders, stamps or envelopes. I gave her that as well, and driving home I realised that I had changed her life and those of her children for a very small amount of money. What I did not realise that day was that I had changed my life forever too. I knew that I needed to find a way to help survivors on a larger scale, and a year later Web of Benefit was born.

3. If a woman escapes an abusive relationship, what kind of emotional, physical and financial obstacles can she face when she leaves?

When a woman escapes an abusive relationship, it is the most dangerous time for her and her children. At this time, her abuser knows that he has lost control of her, and he becomes desperate. This is the time when a domestic violence homicide is most likely to occur. She must flee to a safe, secure location and hide from him, his family and, often, her family as well. She will have given up most of her material possessions and taken her children from their home and their father. She will often be living in a communal living situation. Her children will be confused and scared and often act out their emotions. She has given up almost everything to save their lives. Now she is a single parent with no means of support, hiding in an unfamiliar place, with no friends. She will need to find financial assistance, schools, day care, health care, counselling for herself and her children, and permanent housing, which is almost impossible in this economy. The stress is huge and relentless. Her sense of worthiness, self-esteem and power are non-existent. A plan for the future and for her family is almost impossible to even contemplate. She needs a team of caring individuals to support her.

4. On a psychological and emotional level, how do you empower survivors?

We empower the survivor by reminding her that she deserves the best and has the power to create a new future for herself. We become a team of three—the grantee, her advocate, and Web of Benefit—to design a life plan for her by dreaming big and focusing small. We talk about the successes she has already had before she came to us, including getting out of the abusive relationship and breaking the intergenerational cycle of domestic violence that is so insidious. We remind her that she has already done the hardest part and congratulate her for that. Often, she has not given herself credit for what she has already accomplished. She has been taught to believe that she cannot achieve anything on her own and does not deserve to be happy. This is the power of the abuser.

We encourage the survivor to create a step-by-step plan for her future and help her design her grant to most effectively pay for that first step. We require that each woman be responsible for taking the steps required for her to achieve and sustain financial independence. Our “pay it forward” requirement also demonstrates to her that she has the power to help another survivor when she had originally doubted that she had the power to help herself.

5. On a practical and financial level, how do you empower survivors?

After a minimum of six months separation from her abuser, Web of Benefit will award a Self-Sufficiency Grant of approximately $500 to a survivor to accomplish the first step on her road to self-sufficiency. Our services also include ongoing mentoring and any referrals necessary to meet her future needs. While focusing on the reclamation of individual power and fostering independence, Web of Benefit, Inc. helps her define and provides funding for her specific professional, financial or educational goals. Web of Benefit, Inc., with input from the grantee and her advocate, will help to define her future needs for housing, childcare, education, one-on-one support, and more. The grant is designed to pay for the individual’s unique needs. We also connect women with partner agencies and assist with financing small business ventures. As we accept no government funding; revenues must come from private sources and grants from charitable institutions and corporations. This allows for flexibility and maximum efficiency and effect. We create an individualized grant for each woman, depending on her unique steps and goals, and are able to give a grant in 24 hours.

6. Why is it so important for survivors of Domestic violence to have financial assistance?

Without financial assistance women will stay in violent relationships longer, risk increased abuse to themselves and their children, and increase the probability of intergenerational abuse. Without the help of emergency shelters and longer term housing programs, when a woman decides to flee, she and her children risk becoming chronically homeless. The number of children living in poverty in the U.S. is already unacceptable and will increase exponentially if we do not stabilize their lives as quickly as possible. This is a problem that lasts for generations.

Web of Benefit’s mission is to empower each grantee to be financially independent so that she never repeats an abusive relationship.

Part 2 of our interview with Johanna Crawford will be published tomorrow.

One thought on “Inspirational Interview: Johanna Crawford, Part One”