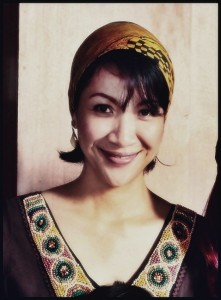 I kept those traumas to myself for more than 30 years. I never realized that those traumas damaged almost all my life. I fell into many date rape situations because I wrongly thought that love came from sexual activities I could provide. I thought I could get my true love and valuing I was seeking by ‘providing’ sex while I ‘carry’ this trust issue as the most important symptom of my trauma. Some of the saddest things happened while I was carrying “the ghost of traumas.” Getting divorced twice also pushed me into worse places … I fell into many self-hurting actions including trying to commit suicide twice by consuming more than 20 sleeping pills! Next thing I know I ended up in an intensive care unit of a local hospital. What dark times of blood and tears…..

Luckily, I’m blessed with two amazing daughters from those marriages. Now they are 13 and 7. These wonderful kids made me believe that I have to get my life back.

I realize I have to stand up and speak up, for my own good and of course my kids’ sake. In 2006, during my last divorce process, I decided to see a psychiatrist to start a medical therapy and was diagnosed with PTSD. I continued my medical treatment and ended up joining a support group. Sharing my story there makes me even stronger from time to time. In 2009, I started my own sweet revenge by doing anti-sexual abuse and women’s rights campaigns, both through poetry books I wrote and studying like a ‘hungry’ college student about human rights, women’s right, gender-based violations and being actively involved in many public lectures, discussions, seminars, public dialogs, and more. Every time, everywhere I can reach, because I was so poor at that time after the second marriage. I couldn’t even pay my kids’ school fees and we lived in very sad condition, BUT we studied hard with our own way at that time until some friends and connections who noticed our struggle and know my story offered some chances to have jobs, contracts to do some work in local and international organizations as an on-call part-time worker to let me learn a lot and also let me and my kids live in, well not rich but enough.

Time goes by, and it’s like a dream that now I’m standing at many podiums for seminars, public dialogs, discussions and public lectures, not as a hungry student who asked questions but as a public speaker, a ‘counted-source’ for mass media interviews and talk shows (local & international medias: TV, online news media, newspapers, magazines & radios) and even as a lecturer focusing on sexual abuse issues and gender-based violations in history related to gender equality.

I also assist with and set up a support group for survivors of sexual violence and a research group. I am actively involved in strong rallies against violence and keep writing poetry & short stories as a very good release. When I’m attacked by crisis circumstances, those can force small parts of my trauma symptoms to come again, because I realize that the sexual abuse healing process is a lifetime process. I won’t ever deny that I’m still a learner who keep up my fight for my own good and for others who I believe can get out from their violating conditions. HOPE makes everything possible. We never fail until we leave our fights.

Born in August 8th, 1973, Inne is a single mother of 2 daughters who is a CSA survivor. Inne spent her time speaking in public and doing campaigns against sexual and human rights violations. She also loves to write and had produced several books in Indonesia languange such as: Antologi puisi 100% Dianggap Puisi, Antologi puisi Merah yang Meremah, Antologi Puisi Perempuan dalam Sajak, Kumpulan Cerpen: Dari Sebuah Guci. She also contributed in Kahlil Gibran’s book for Indonesia. Inne is a support partner of Lentera Indonesia, a support groups for victims and survivors of sexual abuse, as well as one of the founders of Ruang Lila, a cancer awareness sharing group for women who fight cancer, survivors and support volunteers and Inspirasi Indonesia, a working group for research-writings-education on human rights and women’s rights issues.

Through her works, Inne continues to fight for the rights of rape and violence victims as well as spreading information on gender-based violence. She has been invited as a resource person in various TV programs and government institutions to raise awareness on rape and sexual violence.

One thought on “Survivor Story: I Refused To Remain Silent”