Skip to content
Home > From Our Partners > Hey, Fair Wage Trucking Inc. It IS Sexual Harassment

This blog post was originally posted at www.stopstreetharassment.org. This is the second in a series of crossposts between the Pixel Project and Stop Street Harassment. 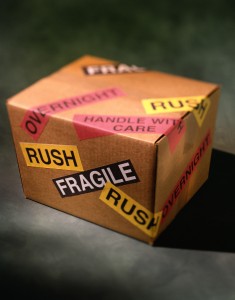 One of the three delivery men decided that it was perfectly acceptable to cat-call me, and called out, ‘Mmm, delicious.”

I refuse to accept street harassment from anyone, and the moment the words left his lips I turned around, cried out, “that’s it” and marched to the side of the truck to find out the man’s employer so that I could contact him later in the day.

The apparent team leader of the delivery guys asked what the problem was. So I let him know that his colleague had cat-called me, said inappropriate things and had sexually harassed me by cat-calling and yelling out inappropriate comments based on my gender and appearance.

The man told me “that’s not sexual harassment,” to which I became incensed and said, “yes it is.”

The man agreed that it was wrong, that he would talk with the harasser, and let his boss know.

When I called the Fair Wage Trucking later that day, the owner said that he had heard about the incident, and that the no one could understand why I was upset, since the man only said, “hello sweet-heart” (again, an unwanted & unwelcome advance by a stranger towards me based on my appearance and gender), I told the owner that he had said a bit more than that, that the man’s behaviour was inappropriate, and cat-calling women was sexual harassment. I recommended that since the man in charge at the time didn’t recognize this behaviour as a form of harassment, they should educate their employees about what constitutes sexual harassment.

The owner said, “Sweetheart, I don’t see it that way. That isn’t sexual harassment. Sometimes people have bad days, so I don’t know,” implying that perhaps I was the one at fault for having a ‘bad day’ and being in a bad mood and wrongly accusing his workers of harassment. Might as well just asked if I had a bad case of PMS. To which I call bull-shit. Apparently the owner’s a bit of a sexist, misogynist as well.

He then said that he had just called me ‘sweetheart,’ and asked if that was harassment, to which I replied it was, and if I was his employee, I could sue him for sexual harassment.

Obviously, even the owner of Fair Wage Trucking still doesn’t believe that cat-calling women is harassment, and until these ignorant men get schooled, nothing will ever change, since they don’t even know what the problem with their behaviour is. Needless to say, if one of those Fair Wage Trucking employees ever does it again to me, I’ve got a lawyer on speed-dial.