Skip to content
Home > Activism Guide > Activism 101: 10 Music Artistes Who Support The Cause To End Violence Against Women

From We Are The World to Man In The Mirror, musicians, singers and songwriters have proven again and again that music is one of the most powerful ways of conveying messages about causes and issues. Some music artistes like Bono and Bob Geldof have even become as famous for their activism as they are for their music. Others, like the late, great Whitney Houston, sang inspirational songs that motivate all of us to be better people and to give back to our communities and those who need us.

As part of our blog series supporting our Valentine Against Violence campaign this February which focuses on using a positive musical Valentine to prevent violence and promote love and positive relationships in line with Valentine’s Day, here are 10 celebrity musicians/singers/songwriters who have either previously or are currently raised awareness and funds for the cause to end violence against women. 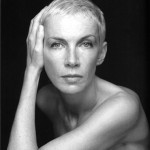 International superstar and passionate, life-long women’s rights campaigner, Annie Lennox is renowned for her charity work, campaigning and advocacy on women’s rights. In April 2010 Annie signed a letter to UK government officials urging them to make a pledge an end global violence against women and make it a foreign policy priority.

In 2008, she presented a series of investigative reports of widespread violence against women in Africa, she commented: “Violence against women threatens the lives of more young women than cancer, malaria or war. It affects one in three women worldwide. It leaves women mentally scarred for life, and it is usually inflicted by a family member.”

In addition, Annie has also campaigned tirelessly for HIV/AIDS awareness and the links between sexual violence against women and the prevalence of the disease in Africa. 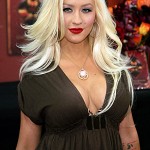 Christina Aguilera – vocal prodigy, international superstar and the only female judge on The Voice, – and her mother experienced domestic violence at the hands of her father and frequently sought refuge in women’s shelters while she was growing up.

Aguilera has spoken publicly about the abuse she and her mother suffered at the hands of her father, Fausto Aguilera, and in one song she wrote that’s on the album, Stripped, “I’m Okay,” she describes a little girl “living in a war that she called home.”

Her past involvement with the anti-Domestic Violence cause included raising funds for the Women’s Center and Shelter of Greater Pittsburgh in Oakland and working with the National Coalition Against Domestic Violence. 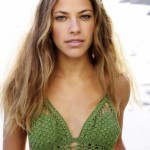 Singer, songwriter and multi-instrumentalist Debi Nova is a major star in her native Costa Rica. When she is not making music, Nova is a passionate advocate for ending violence against women and girls, including as the Youth Champion for the UN Secretary-General’s global UNiTE to End Violence against Women campaign.

Nova said: “I was in a relationship that was violent. It took me about two years to speak about it. I got out, because thankfully I have a great support system in my family. The reason I decided to join [Say NO – UNiTE] is that a lot of people don’t have this kind of support. I wanted to let them know that they are not alone… The first step is to speak out, and speak up. The minute you let it outside yourself, things start changing. I would encourage all women and girls going through violence to tell a friend, a parent, a teacher or someone they trust. ” 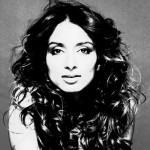 Deeyah, a critically acclaimed music producer and prize winning human rights activist, was born in Norway to immigrant parents of Pashtun and Punjabi descent. Deeyah is known for her outspoken support of women’s rights, freedom of expression and peace.

She started her career in music as a singer but eventually stopped performing due to dangerous pressures on her, she now produces projects that give a voice to others, combing her passions for art and activism. No longer in front of the camera, she aims to speak more powerfully from behind it; she is currently producing ‘Killing In The Name Of’ a documentary addressing the challenges Europe faces as ‘honour based crimes’ continue to grow within ethnic immigrant communities.

In 2011, Deeyah founded AVA, an NGO born from her deep passion and dedication to support, engage, strengthen and amplify the voices of women and young people and to shed light on human rights violations against women. 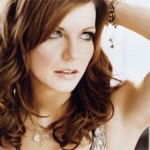 McBride explained that educating girls and women on domestic violence is something she works on at home with her own daughters, stating: “A lot of teenage girls will be first dating and they’ll think, ‘Oh he doesn’t want me to see my friends. He just wants me all to himself. Isn’t that sweet?’ Or ‘Oh, he’s just being protective. Isn’t that sweet?’ And then it turns into something else and it’s controlling. They don’t recognize that until it’s too late. So it’s an ongoing education that you have to give young girls, I think.”

McBride has also teamed up with, “Loveisrespect, National Teen Dating Abuse Helpline,” working with them on a new program called, “My Time to Shine. 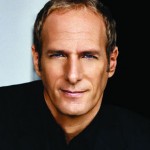 In 1993, Grammy Award winning singer Michael Bolton established the Michael Bolton Foundation (now Michael Bolton Charities) to assist women and children at risk from the effects of poverty as well as emotional,physical, and sexual abuse. The foundation has provided over US$3.7 million in funding to local and national charities.

In March 2003, Bolton joined with Lifetime Television, Verizon Wireless, and many others to lobby on behalf of the National Coalition Against Domestic Violence, urging legislation to provide more assistance for victims of domestic violence, such as affordable housing options. 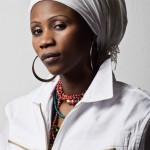 Senegalese Hip Hop artiste, Sister Fa, is a strong and vocal advocate for the end to Female Genital Mutilation (FGM), having experienced it herself.

The wish to sensitise the population of her home country was the driving force behind her Education sans Excision (Education without Cutting) tour. In 2010, she toured for the second time after 2008 very successful with her band through Senegal for three weeks. In cooperation with the NGO Tostan, she achieved that the inhabitants of her home village Thionck Essyl now officially abandoned this practice of cutting the young girls.

For her tireless work to better the situation of the woman and girls in her homeland Senegal, Freedom To Create recognised Sister Fa with an award. 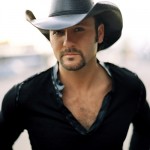 Tim McGraw is not only a country music superstar, he is also a man with great integrity and commitment to ending violence against women.

Working with his wife, Faith Hill, he has helped raise tens of thousands of dollars for battered women’s shelters in Tennessee. In August 2010, he received the True Ally Award at the 2010 Men Stopping Violence Annual Awards Ceremony. 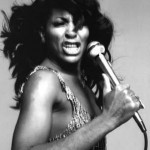 Possibly one of the most famous celebrity survivors of domestic violence, Tina Turner suffered physical, mental and sexual abuse at the hands of Ike Turner until she left him with just 36 cents in her pocket after a particularly vicious assault in Dallas, Texas. When they divorced, all she fought for was her stage name and rebuilt her career as an international superstar on the back of that name and hard work.

Turner, while not actively involved with any anti-Violence Against Women charity or campaign, has done what most domestic violence find hardest to do – she wrote a brutally honest autobiography recounting the years of abuse she faced at the hands of her ex-husband. Her story was turned into a critically acclaimed movie which many now list as one of the movies to watch to raise awareness about domestic violence.

Turner also helped singer PP Arnold launch her career while escaping an abusive marriage by offering her a place on tour. 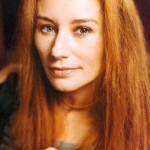 Amos was seen as unlocking the silence of her assault through her music; thus “Unlock the Silence” went on to become a year-long campaign for RAINN when Amos became a national spokesperson for the organisation. By the summer of 2006, RAINN had received its one millionth caller and the organization’s success has led to it ranking in “America’s 100 Best Charities” by Worth, and one of the “Top 10 Best Charities” by Marie Claire.

Amos said: ‎”Healing takes courage, and we all have courage, even if you have to dig a little.”

Inspired by this list to help spread the love and non-violence this February?

Say NO to violence against women with a love song – Download our musical Valentine – an a cappella cover of Katy Perry’s Firework by rising YouTube artiste, Peter Hollens – and share it with your beloved/friends/family.

Proceeds from the sales of the song will go towards our Celebrity Male Role Model Pixel Revealcampaign in aid of the USA’s National Coalition Against Domestic Violence and Malaysia’s Women’s Aid Organisation.

2 thoughts on “Activism 101: 10 Music Artistes Who Support The Cause To End Violence Against Women”