As part of our Portrait for Pixels campaign, we are turning the lens, so to speak, on the photographers who have generously accepted our invitation to take part in this innovative fundraising campaign. In today’s interview, we speak with Clayton J. Mitchell of San Pablo, California, US.

Question 1: Tell us about yourself – how and why did you become a photographer? 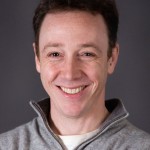 I have always been fascinated by the fact that a camera can freeze time. I have vivid childhood memories of holding my father’s old 35mm Pentax in my hands. There was something I admired about its mystifying dials and buttons, which could… somehow… capture what I saw and preserve it forever. Three decades later, that magic is with me. While the technology is more advanced, the end result is essentially the same. With this miraculous tool we can document the fun and important moments in our own lives and in history.

Becoming a Wedding and Portrait photographer has been a natural progression. Majoring in Photography in college, I cut my teeth studying art and photojournalism in Florence, Italy; Kerala, India; and Ghost Ranch, New Mexico. I learned the subtleties of studio lighting (and important mistakes to avoid!) over several years of managing small studios. I started my business in 2005 with a commitment to quality imagery, customer service, and a positive, professional attitude. I love my job and could not picture doing anything else.

Question 2: Why did you decide to participate in “Portraits for Pixels” and what are you going to do for the campaign?

I decided to participate in “Portraits for Pixels” so I could put my skills towards a great cause. I will be donating 25% of the proceeds from all participating clients during the campaign. In addition, I will be able to bring awareness to the issue of violence against women to my associate photographers, customers, and co-vendors.

I was referred by a friend (and another P4P photographer!) to document the reconstructive surgery of a survivor of domestic violence here in the Bay Area. I am hoping these pictures will help open people’s eyes to see how damaging and unfair violence against women is. The problem is not just interpersonal, it is cultural – and we need to shift the way men behave towards women to have a truly civilized society.

Question 4: Violence against women is a sensitive, even taboo, issue in many cultures that is frequently shrouded by silence and denial. How do you think photographers and photography can help “break the silence”?

The camera is an extraordinary tool which has the unique ability to capture visual truths. Unlike other art forms, a photograph combines the intent of the photographer with his or her surroundings. I think by “telling the truth” with their cameras, photographers can “break the silence” with images that not only reveal injustices, but also empower women with positive imagery.

Question 5: What do you think would be the best way of encouraging more photographers to get on board the cause to end violence against women?

By simply letting it be known that their actions can actually make a difference, I am sure many other photographers would jump at the chance to help with a great cause like this. Often, people see problems in society, but have an attitude of “well, that’s terrible, but what can I do?” By seeing their peers take action, I think other photographers will be inspired to take action as well – I know it worked for me!

Question 6: Besides participating in campaigns such as “Portraits for Pixels”, how else do you think photographers can help stop violence against women?

I think the best way to stop violence against women is to lead by example. If, in our daily lives, we treat women with the honor and respect they deserve, that behavior will replicate itself in our families and communities. By bringing light to injustices and speaking up when we notice oppression, we can make it known that domestic violence is NOT okay, and will not be tolerated in our communities.