Skip to content
Home > From Our Partners > ANNOUNCEMENT: Global “Walk a Mile In Her Shoes”® Day

This International Anti-Street Harassment Day, The Pixel Project, the global volunteer-led online non-profit working to end Violence Against Women (VAW), and Venture Humanity, the founders of Walk A Mile In Her Shoes®, are proud to announce the first ever Global “Walk A Mile In Her Shoes”® Day. This event, which will debut on Father’s Day 2011, aims to get men on board the cause to end VAW. It also provides VAW nonprofits worldwide with an opportunity to raise much-needed funds.

Global “Walk A Mile in Her Shoes”® Day is the first of several global events held in conjunction with The Pixel Project‘s Celebrity Male Role Model Pixel Reveal campaign which debuted on International Women’s Day 2011. The campaign aims to raise US$1 million for the cause to end VAW by getting a global audience to donate US$1 per pixel to reveal a million-pixel mystery collage of four world-famous male role models taken by award-winning international photographer, Jillian Edelstein. The distinguished line-up includes a Nobel Laureate, a Pulitzer Prize winner and a superstar Environmentalist. 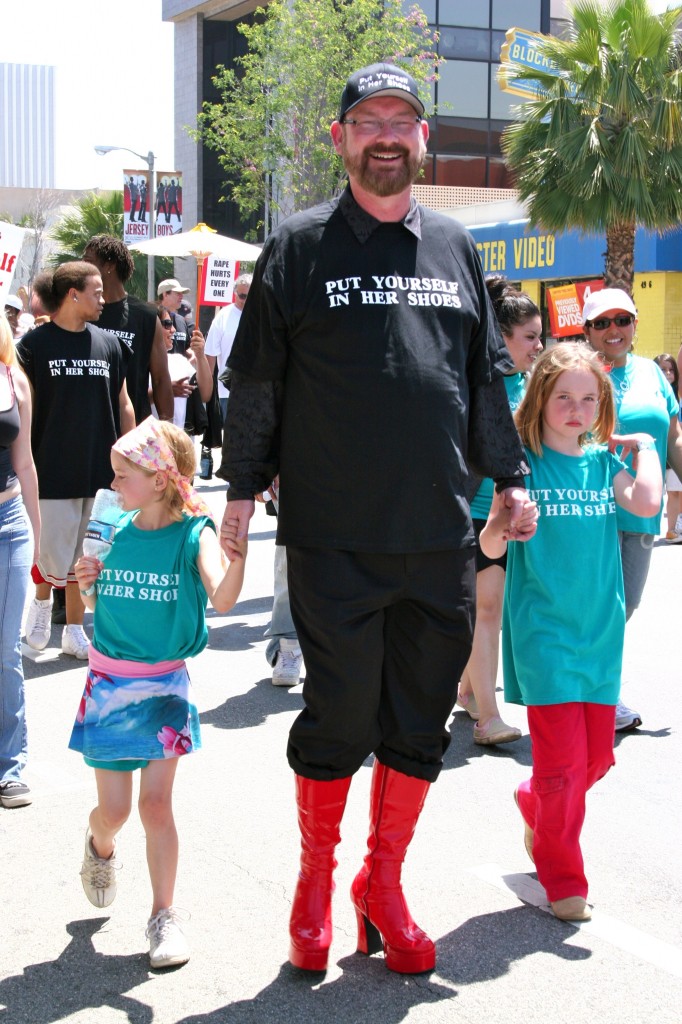 Regina Yau, Founder and President of The Pixel Project, said: “For a decade, Walk a Mile in Her Shoes® has provided men in the United States with a positive platform for stepping up to end VAW. We hope the Global Walk will replicate this effect in communities across the world. Such a fun and inclusive campaign can only further galvanise widespread support for action to end gender-based violence which continues to affect millions of women and girls. Proceeds from the event will be shared between The Pixel Project and participating VAW nonprofits, so it’s win-win for everybody.”

Frank Baird, founder of Walk a Mile in Her Shoes®, said: “The most influential male role models in our lives are our fathers. Fathers who take part in this Global Walk on Father’s Day collectively send a powerful message to the world that says: ‘We, the male role models for our families, our communities and our society, step up to stand united with the women in our lives in our commitment to building a world without violence against women’. This is a fitting way to commemorate the tenth anniversary of the Walk.”

This focus on fathers as male role models will be amplified by the Pixel Reveal Male Role Models who have recorded exclusive public service announcements speaking out against VAW. These videos will be launched as each man is revealed. Regina Yau said: “We are aiming to get enough donations for pixels to unveil our Nobel Laureate just in time to have his public service announcement launched at the Global Walk, so we urge everybody to please donate to reveal pixels via our Pixel Reveal campaign website – even just US$5.00 count!”

Please visit the Global “Walk A Mile in Her Shoes”® Day website at http://globalwalkamileday.thepixelproject.net

The Bright One account team for The Pixel Project:

One thought on “ANNOUNCEMENT: Global “Walk a Mile In Her Shoes”® Day”