Here is part two of our interview with Betty Makoni, the founder and CEO of Girl Child Network (GCN). To read a transcript of the complete interview, download the PDF PixelProject-BettyMakoni-Interview-Nov2010. To read part one of the interview, click here. 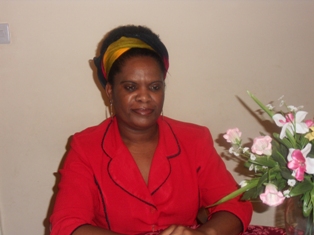 Please tell us about what Girl Child Network has achieved so far?

What I can precisely say is one—just to create a platform for girls, which was not so much there.

And then, the number of girls empowered…I’ve lost count actually of the number of new breed of women we have in the world today. They are so scattered…So all my girls who have spilled over the world carried the model with them.

Another big achievement is that the girl is now a priority issue with a lot of policy makers. Wherever you go, everyone has created a department for girls.

So I think we have actually influenced a lot of people in the world. Then, as GCN, we are coming almost from a village and now, we are at the centre of the globe. Rarely do you see an African organisation positioning itself globally like what we have done.

Do you think violence against women has become the most pressing issue of our time? If so why and what can the layperson do about it in your opinion?

When we are looking at violence against women (VAW), we are also looking at the foundation we did not build when girls were young. VAW is a clear indicator that something went wrong in terms of girls’ empowerment. So, it’s a pressing issue, yes, because these are historical imbalances…If we did not educate women, if we started war, if women are not in leadership positions, if they are not advocates in the cause, if they are not defenders of human rights, yes that is a pressing issue now. So the lack of empowering girls was actually a build-up to this issue.

Now, the layperson can look at three things: their home, school, and community. Just look how your family is. If your family is still perpetuating the same gender stereotypes, it means that it spills in your school, that it spills in your community, and into your country. If a family has got some inequalities, an individual will never go anywhere.

When it comes to the workplace, a lot of people don’t even know their rights. So for the layperson I would suggest that we repackage all laws, put them in the simplest language, so that everybody has got a culture to know that if I am violated, it’s not right—it must be a case.

You are now in exile from your homeland due to death threats – how do you continue your work? Where do you find the strength and the resources to do so? Most people would have crumbled long ago.

Maybe I can also explain the circumstances that led me to be in exile a little bit so that you understand and why I feel it should continue.

After doing a lot of work on protection of young girls against abuse, I got a lot of enemies—some enemies with high government profiles, very powerful, very rich. And they also influenced the donor community. That’s when they framed the defamation case about stealing money. They actually started it in 2008 using a newspaper that was independent. [Ms. Makoni was accused of misusing funds from her organisation but later completely exonerated after an audit by international firm, KPMG.]

And then on my phone I received death threats [saying]: “Who do you think you are. Today we are going to pick you up.”

So I lived in, like, mental enslavement. I became also terrified and I had a family…In 2008, somebody told me, “Betty, I love what you do, I work for the Secret Service, there is a plan to eliminate you. Please, my sister, take your bag only tonight and just cross the border.” So I crossed the border to South Africa. That’s how I survived.

[Ms. Makoni and her family eventually move to England] When I came here [England], I said to myself, “I won’t stop. I will continue working in Zimbabwe but I will take another strategy. I want this to be spread out so that they target no one, so that those who were planted to victimise me, defame me, and lie to my donors and all supporters stop it.”

So, at the time when I was almost at the verge of collapse, when the world was almost taking me to be a fraudster, CNN came in and they said, “Somebody nominated you as a hero.” [Ms. Makoni ended up in CNN’s top ten.] So when people from CNN started making little donations to me, that sustained me up to today; up to a stage where I formally registered the organisation now in England and I have been allowed to operate which means now I am on the go.

I now send [my girls] money [and] they do what they think can help them move forward, so that’s what I am now.

Can you tell us about the film Tapestries of Hope? How was it received? Where can people watch it?

[Tapestries of Hope is a feature-length documentary that reveals the story of Betty Makoni and GCN.]

I wouldn’t want to…say I’ve got full details, but so far I’ve received quite some positive messages of people wanting to go to Zimbabwe and volunteer…what I can gauge is that a lot of people have sympathy for the girls and they want to do something.

It means, now that we have launched our organisation, we are going to join everybody in whatever they are thinking of doing in terms of their helping. So that’s all I can say. And, yes, there are going to be DVDs, so [the director] Michealene Risley will formally announce that.