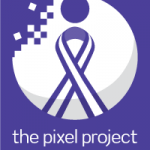 The Wall of Support is the latest innovation from The Pixel Project in a series of interactive and interconnected social media-based community initiatives intended to unite people from all walks of life to speak up against VAW. The video endorsements are uploaded to YouTube and displayed on the Wall of Support page in the Community Buzz section of The Pixel Project’s website (https://www.thepixelproject.net). Guidelines for making and submitting a video can be found on the website as well.

These endorsements will complement the Celebrity Male Role Model Public Service Announcement videos – including one from a renowned Nobel Laureate – that will be launched later in 2010 to accompany the unveiling of the mystery million-pixel online portrait collage of the Male Role Models. This portrait collage will be collectively revealed by a global audience at US$1 per pixel to raise US$1 million to be shared between Malaysia’s Women’s Aid Organisation and the USA’s National Coalition Against Domestic Violence.

In addition, each video endorsement will be automatically counted as an “action” towards helping UNIFEM’s “Say NO – UNiTE” campaign’s bid to raise 1 million grassroots actions against VAW by November 2010 (http://www.saynotoviolence.org).

Regina Yau, Founder and President of the Pixel Project, said: “The Pixel Project has taken the unusual step of requesting YouTube video endorsements because they are more personal and authentic than the standard written endorsements generally favoured by most campaigns. By putting a human face and voice to every endorsement, we hope that this growing global chorus of voices against VAW will ignite conversation and focus public attention on the urgency of ending gender-based violence afflicting one in three women around the world.”