Skip to content
Home > Thoughts and Bon Mots > An SOS and a Shower (aka ‘How The Pixel Project was born’, Part Une)

I’m sitting here drafting the web copy for the ‘History – How We Began’ bit of our running-a-bit-late-but-soon-to-be-unveiled website and realised that there are really 2 separate stories, interwoven, of how The Pixel Project came to be and its roots.

One day in November 2008, a group email from Annie Varghese from Malaysia’s Women’s Aid Organisation (WAO), landed in my inbox. It was a call for help to everyone she knew – an SOS. WAO was facing – and is still facing – a massive fall in funding from donors and the rescinding of pledges due to the global recession.

Within the same week, I received the same email but forwarded to me by someone else I knew.

Getting the same email SOS twice in a row made me sit up and pay attention – WAO‘s cry for help was obviously making its rounds and after a chat with Annie, it was obvious that WAO was in dire straits. 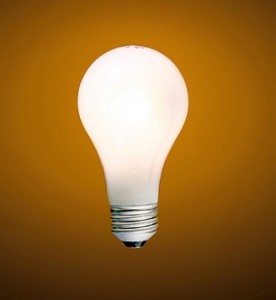 I was in the last stages of wrapping up my last project – a charity bachelor auction in aid of the breast cancer cause which I ran for 2 years – and so made the decision to try to help WAO. Given the horrible situation they were in that meant they had to let go about half of their staff and with the shelter for battered women and children under threat, something had to be done.

So I thought about it.

And slept on it.

And thought about it.

And slept on it.

Ideas bubbled up and were discarded just as rapidly. Notebooks were doodled with half-baked concepts, fragments of ideas. I kept throwing ideas at the sounding board and peanut gallery, hoping that *something* would stick because the fundraising idea for WAO had better be sticky because no matter what, we were going to face one of the most challenging fundraising environments in recent history.

Finally, as all good ideas were wont to do (in my case, at least) – it came to me one evening in the shower in early January 2009.

It came to me while I was in the midst of washing my hair no less:

What if we took Alex Tew’s original stunt of selling 1 million pixels of online advertising pace for $1 per pixel and gave it a big ol’ original non-profit twist? 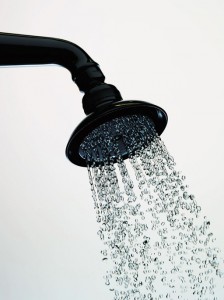 My fingers stopped working my scalp. Tiny shampoo bubbles popped in my ears.

What if… we took a world-exclusive picture of… of… of what?

My fingers resumed working my scalp furiously, rhythmically, on automatic.

Another round of shampoo bubbles burst. I was vaguely aware that by now, my hair was sticking up in crazy, sudsy directions.

What if… we took a world-exclusive picture of one… no, four… no, SIX! Yes, six major male celebrities. And we made that a 1 million-pixel mystery picture that people all over the world can unveil by buying pixels of it for $1 each… like… like… like a giant virtual jigsaw puzzle that people the world over can collectively do together…

My fingers stopped working my scalp again – my mind working furiously instead and racing ahead:

Men should be at the forefront of this campaign because men and women need to work together to get rid of gender-based violence… hmm, this is a recession so there’ll be other VAW non-profits hurting… We need to go global with this because it’s not going to be very effective just localised in Malaysia… Yes, Male Role Models because we need to educate boys and men but also female spokespersons?… And we need to have matching donations too so that we exceed the $1 million… but can we make $1 million? Surely even if you can’t spare $20 you could spare $1 in these lean times?…

I looked at my hands: they were in fluffy shampoo bubbles. It looked like I had two handfuls of white cotton candy on me.

Who cared? I rushed out of the shower – bubbles popping, water dripping, wet footprints in my wake, nearly slipping – jotted down everything into the nearest notebook, called Annie, wrote a 15-page proposal within 2 hours…

Our spiffy logo, our hybrid ribbon, our campaign theme song, our strapline, “It’s time to stop violence against women. Together” were not it place yet but the seed of the idea behind The Pixel Project was and the rest, as they most popularly say, is history.

(Well, not quite – we are still in the middle of the project, but you know what I mean).

4 thoughts on “An SOS and a Shower (aka ‘How The Pixel Project was born’, Part Une)”