August 13th, 2021 (WORLDWIDE): The Pixel Project, an anti-Violence Against Women non-profit, is thrilled to announce a range of upcoming launch events for Giving The Devil His Due, their first charity short story anthology under their Read For Pixels program. The book will be published in partnership with Running Wild Press on September 1st 2021. Best described as ‘The Twilight Zone meets Promising Young Woman’, this anthology will feature sixteen Science Fiction, Fantasy, and Horror stories in homage to the 16 Days of Activism Against Gender-based Violence, one of the largest annual anti-violence against women events in the world.

The launch will include two types of live online events which will serve as platforms for the 16 anthology authors to discuss the book and speak up about violence against women:

On September 1st, 2021, an AMA (Ask Me Anything) session, held in partnership with reddit’s r/Fantasy, will begin from 10am Eastern Time. Fourteen of the sixteen anthology authors will be dropping in and answering questions from fans and r/Fantasy members over the course of 24 hours. The link to the AMA will be shared by The Pixel Project. r/Fantasy, and participating authors via social media including Facebook, Twitter, and Instagram. 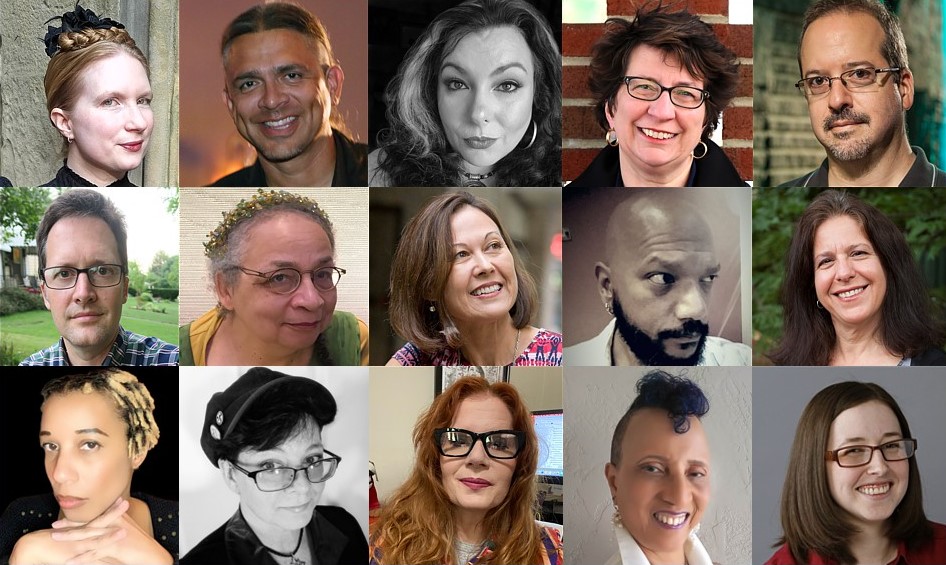 From September to November 2021 – a period which covers Domestic Violence Awareness Month and the 16 Days of Activism Against Gender-based Violence – The Pixel Project will be hosting a series of five livestream panel sessions with thirteen of the anthology’s authors as well as Rebecca Brewer, the anthology’s editor and Lisa Kastner, founder of Running Wild Press. Panel topics include:

Visit the full panel schedule for exact times, dates, and links to the YouTube panel pages.

Pre-orders for Giving The Devil His Due are now open on all major bookseller platforms in the United States and its territories, Canada, Europe, Asia, Australia, and New Zealand. The book will be available from 1 September 2021 to 31 October 2023 only. 100% of the net proceeds from the sales of the anthology will go towards supporting The Pixel Project’s anti-violence against women programs, campaigns, and resources.

With over 1.4 million community members, r/Fantasy is the internet’s largest discussion forum for the greater Speculative Fiction genre. Fans of fantasy, science fiction, horror, alt history, and more can all find a home with us. We welcome respectful dialogue related to speculative fiction in literature, games, film, and the wider world.