Welcome to part one of our September 2019 Inspirational Interview with Nanette Chezum, founder of The Courage Corner and a domestic violence advocate.

She is a nationally recognised speaker in the United States and an active volunteer with various Colorado-based and national nonprofits that educate people about domestic abuse, promote healthy relationships and empower survivors to heal, thrive and live their best lives. A survivor of a verbally and psychologically abusive relationship with a law enforcement officer, Nanette’s passion is educating the public about intimate partner abuse via her personal story. Additionally, Nanette speaks about all forms of domestic abuse and the early warning signals that manifest in a new relationship. 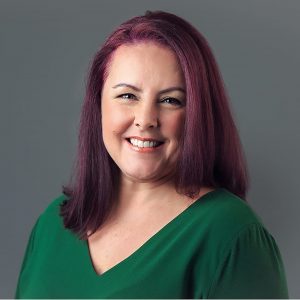 After a verbally and psychologically abusive relationship with a law enforcement officer ended in September of 2015, I started processing what happened to me by searching for information online after a friend advised me that what had been happening to me was emotional abuse. I was shocked when I researched online and discovered she was right. I realised that society does not discuss verbal and psychological abuse as frequently as we create awareness about physical abuse. Additionally, as I began to wonder if cops have a high rate of violence in their personal lives, I began the process of educating myself about Officer Involved Domestic Violence (OIDV). I realised this subject is a taboo subject in the domestic violence world.

2. How and why did you found The Courage Corner?

3. The Courage Corner is “designed to educate communities about the complexities of domestic abuse and various forms of violence.” Could you give us an overview of the services that you offer via The Courage Corner?

My Facebook page provides current news about all things related to domestic violence including, but not limited to, early warning signs, updates on legislation, tactics used by abusive persons, self-care tips, confidence building and references to local, national and worldwide services.

Over the last year, as my presence has grown online and in the conference arena, I have had a number of OIDV survivors reach out to me from across the nation and Great Britain. Many of the women that reach out to me just want someone to talk to and write — someone who understands the complexities involved when the perpetrator is a cop. I have also had many programme advocates reach out to me and even an assistant district attorney.

4. Over the past few years, especially since the #MeToo movement went global, there appears to be a rise in reported cases of law enforcement officers behaving abusively towards women, including raping women and girls in custody, domestic violence being “two to four times higher in the law-enforcement community than in the general population”, and at least 40% of police officers’ families in the U.S. suffering from domestic violence. Yet Officer Involved Domestic Violence (OIDV) is still not as widely known as it should be. You yourself are a survivor of OIDV. Could you tell us about OIDV and how it further complicates efforts to effectively tackle domestic violence, rape, sexual assault and other forms of gender-based violence?

My number one concern about law enforcement perpetrators is that they are showing up on the scene of domestic violence calls, and I have concerns about how they are treating victims.

Are they siding with the offender? Minimising what the victim is attempting to explain? Are they re-traumatising the victim? Are they taking down thorough details about the scene? Are they taking the perp into custody? Are they referring the victim to safe and confidential services? Law enforcement officers are usually the first experience for victims through the justice system, and their initial treatment of her sets the tone for her journey in the system.

Additionally, abusive cops know where the shelters are, they have access to an arsenal of weapons, they know people employed within the justice system, including fellow officers, clerks, judges, district attorneys and advocates. It is not unusual for abusive cops to use their influence to manipulate them when their victim goes through the system.

There is also a fear of reporting a law enforcement officer because retaliation is not uncommon. There is a concern that he will lose his job — this is usually planted in the minds of women by the offender and his colleagues. Most often there is a fear of not being taken seriously by his co-workers.

5. What would your advice be to police and other law enforcement forces who are serious about preventing and eradicating OIDV among their ranks?

Every state in the U.S. has a POST division: Peace Officers Standards & Training. Law enforcement will not usually make a move on most subjects unless their state POST mandates that they do. It starts with POST. The chief of every department sets the tone for the officers that report to him/her. If a chief takes OIDV seriously, names it, calls it out and drills the message into their minds, more people will take it seriously and not protect each other and minimise it as often. OIDV must be addressed during the academy process as well.