John Marcotte is the father of two super-heroic daughters and the founder of Heroic Girls, a nonprofit dedicated to achieving gender equality in the real world by improving representation of women in girls in mass media. He has given a TED Talk on why superheroes are good for girls (and women) and was a 2016 HeForShe Champion for Change honoree from UN Women for his work in promoting gender equality. 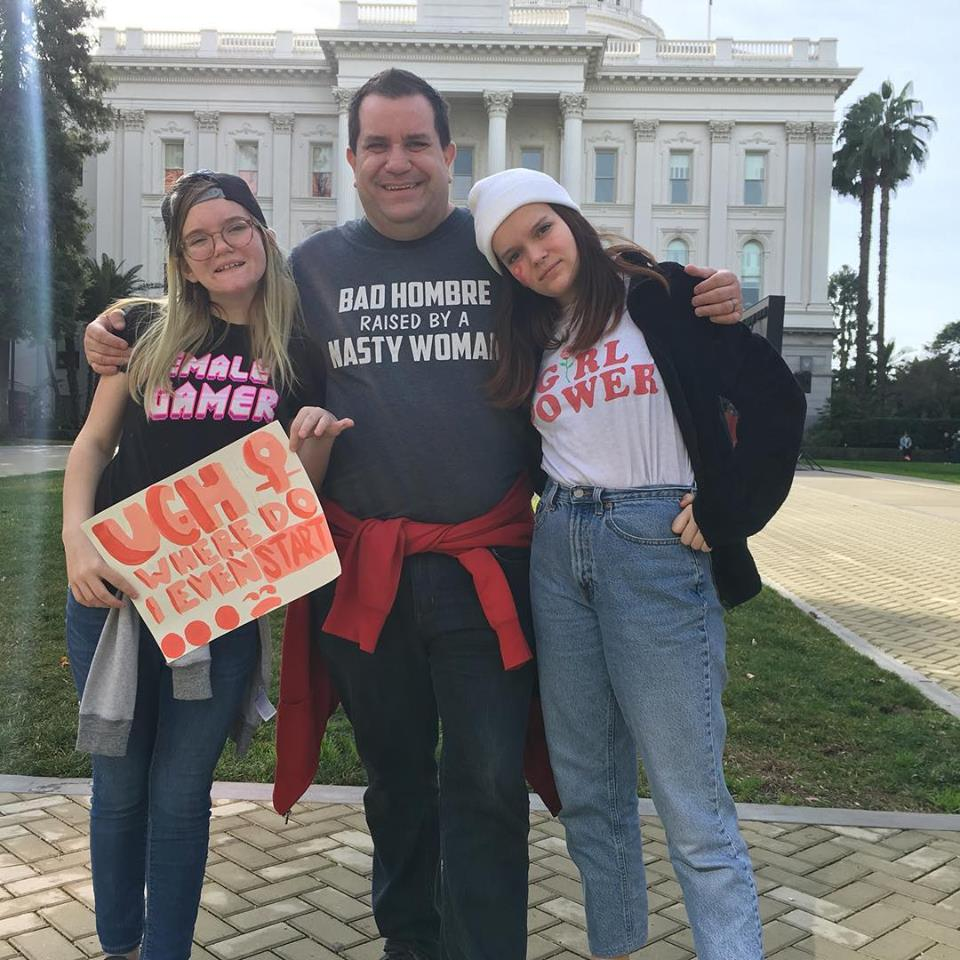 The best part of being a dad is trying to help your kids become the best version of the person they were meant to be, and then watching them exceed your wildest expectations. It’s the joy of revelation when they take an idea from you, study it and then extend it in unexpected directions. My kids are way cooler than I’ll ever be, and they are going to change the world in ways I can’t even imagine.

My dad was an unlikely “feminist.” The son of Midwestern farmers and a high-school football star. He grew to be a bear of a man who changed tires. A friend once compared meeting him to “shaking hands with a catchers mitt.”

But he was also the husband and partner of my mother, a woman with whom he founded two businesses with as equal partners.

He was the man who made sure that each of his six daughters received the college education he was never able to attain so that they would have the foundation for intellectual and financial independence.

Like all of life’s most important lessons, he showed me that women were to be treated fairly and with respect not with words, but by his actions.

We lead by example. Don’t let the mildly sexist joke on a sitcom slide without pausing to explain why it’s wrong. Don’t refuse to buy your son a doll because it’s a “girl toy.” Watch movies with princesses in them. Talk about institutional sexism at an early age. Show them the way to use whatever privilege they might have in this world for good. Our mass media not only denies girls confidence and agency, it denies boys opportunity for empathy.

We need to teach our boys that it’s OK to feel. We need to teach them that putting yourself in a woman’s shoes does not make you less of a man, it makes you more of a person.