Perry is a proud father of three children – two boys and one who identifies as non-binary. He’s also a bonus dad to the two younger ones, who refer to him as “Bunny”. He works for a non-profit group called Shelby SafePet, which assists domestic violence survivors and their pets. 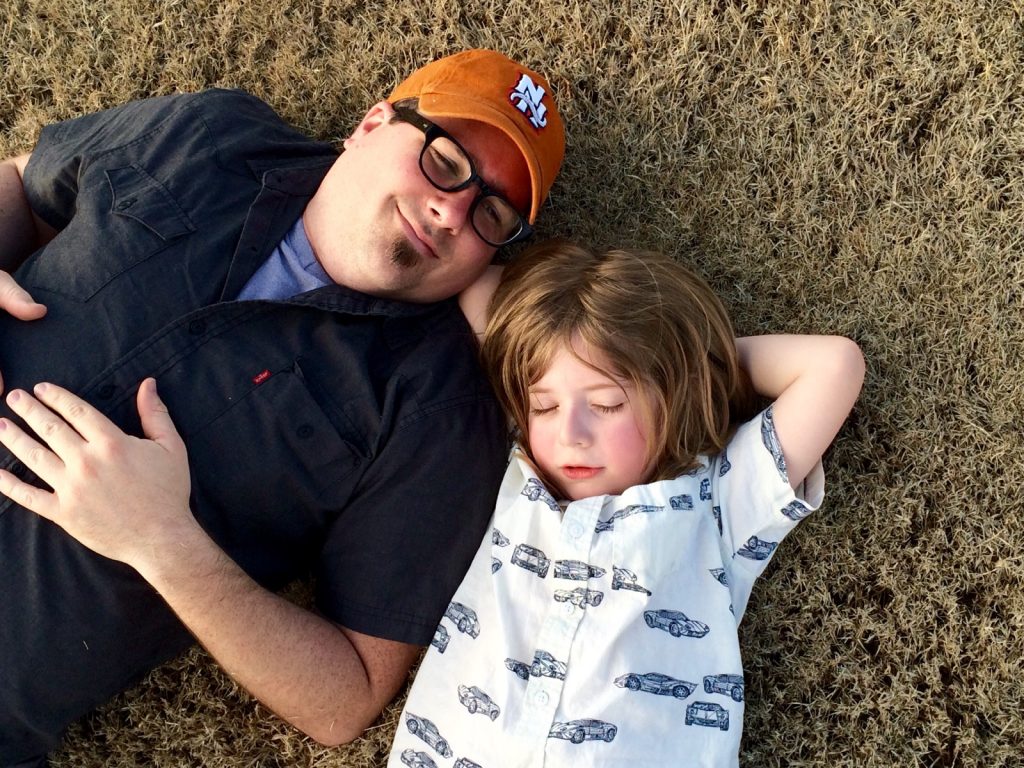 Aside from the positive attention and affection I receive daily from my lovely children, the best thing about fatherhood is passing on knowledge and wisdom. I take great pride in knowing I am helping to raise strong, conscientious young people who will grow up to become a force for good in the world.

My father didn’t really seem to have thoughts or opinions about anything apart from lawn maintenance and the length of my hair. If he did ever share a world view regarding women it was that they should be respected, something akin to how one must have a healthy respect for power tools. My guess is this was some sort of old world chivalry?

My impression was he was at best ambivalent towards feminism and women in general. Feminism did not come naturally to me, which is why I now make such a concerted effort to understand and embrace it.

I struggle with this myself so I don’t know that I have a good answer. My best advice is that one must lead by example. I hope my sons see how I interact with women in my community. In our home, we stress the need for consent constantly; however, we never couch it in terms of it being an issue that applies only to women. We normalise checking in so that one doesn’t “need to remember to treat women differently” it just becomes a natural way of interacting.

My fear is that when boys are told to treat women as equals, we’ve already lost the argument by pointing out there might have been a valid argument to the contrary. Rather than push feminism, I try to promote an anti-toxic masculinity agenda. As a man, I find it difficult to be the arbiter of what or how I think I should tell my sons to treat women. I prefer the women in his life let them know how they would like to be treated and I can support them.