Christopher Golden is a father and husband first. He and his wife, Connie, are the parents of Nicholas (24), Daniel (22), and Lily (15), all of whom are profoundly unimpressed with their New York Times bestselling, Bram Stoker Award-winning dad, whose novels include Ararat, Snowblind, Dead Ringers, Of Saints and Shadows, Strangewood, and many others. He co-created with Mike Mignola the comic book series Baltimore and Joe Golem: Occult Detective . Golden is also an editor, screenwriter, speaker, teacher, comic book writer, and podcaster, among many other things. Please visit him at www.christophergolden.com 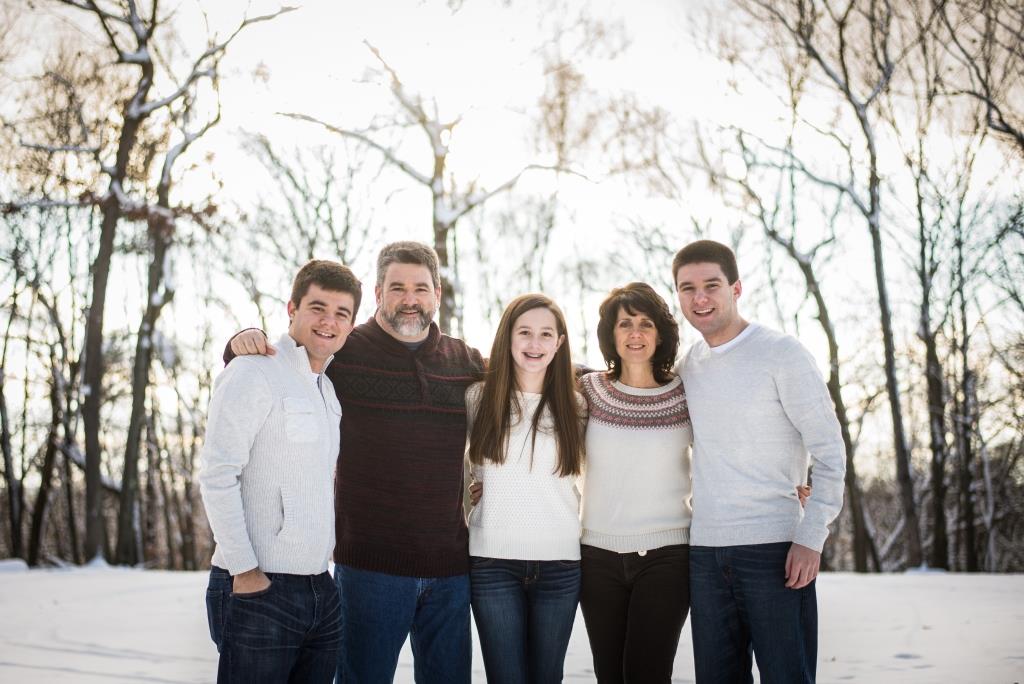 Watching your children grow and evolve into the humans they will be.

Parenthood isn’t easy, but it shouldn’t be. When they’re small, you think this must be the most difficult part, trying to keep your own obligations to the world while still guiding and helping and supporting them. I never understood how much more challenging that becomes as they grow up, how much you still worry. But if you end up with kids who have strength of character, who have their own thoughts and opinions and passions, there’s nothing better than that.

My father died when I was nineteen. He was charismatic and charming and everyone loved to be around him, but he was an utter failure as a husband. The worst kind of example a young boy can have. My parents were divorced when I was eleven years old, and it was such a relief.

I’m far from perfect, but I’ve spent my whole life trying not to be like him. I think a man can be charming and still be respectful.

I’m honestly torn. People push back against the “what if it was your mother/daughter/sister” manner of connecting to those young men and boys, and I understand why. Women’s rights are human rights. Women don’t deserve to live their lives without violence because they’re someone’s daughter, but because they are human beings, and deserve equal protection and equal opportunity under the law, and in the minds and hearts of all people.

However, if there are communities and cultures (including sub-cultures within nations, regions, organisations, even families) where prevailing thought gives young men and boys the impression that women and girls are of less value or subordinate, that can build a wall between ingrained belief and an openness of thought. If “what if it was your mother/daughter/sister” is the question that knocks a brick out of that wall, that allows them to begin toward enlightenment, then let’s use it. It’s NOT the point. The point is equality. True and full equality. But male role models and fathers need to use whatever tools we can to wake other men and boys.

Beyond that, of course, we must lead by example. We must speak in the face of injustice. Elevate and amplify the voices of women instead of speaking for them. Show boys and young men that you respect a woman’s right to be her own champion. Listen to her, and make sure they do as well. Define her by her ideas and accomplishments and hopes and quirks, not by her hair or her weight or her shape. Draw attention to the way in which society commodifies women’s appearance and how detrimental that is to individual and national psychology. Don’t stay silent when others spout ignorance. Redefine manhood, and let the women in your life create their own definition of what it means to be a woman.