Sayydah Garrett was born in Montreal, Quebec, Canada. Since childhood she has seen her parents set a good example by helping less fortunate people in their community. Sayydah is fluent in English, French, Russian, and speaks conversational Spanish. She is of Ukrainian, African-American, Jamaican, Irish and Cherokee heritage. Sayydah enjoys learning languages and meeting people from all over the world, especially when they share food with her! Sayydah is a certified ESL (English as a Second Language) and Adult Basic Education (ABE) Instructor. She holds a Bachelor of Arts, Honours in Russian Language & Literature from Carleton University in Ottawa, Ontario, Canada. 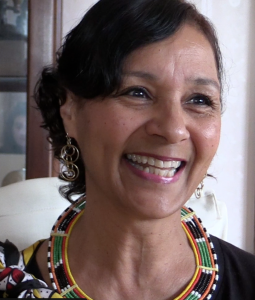 1. What inspired you to start the Pastoralist Child Foundation (PCF)?

I visited Samburu County in August of 2012, where I met Samuel Siriria Leadismo, the assistant restaurant captain. The next day, I visited Namayiana Village in Archer’s Post, Samual native tribal village. I was very excited to show him pictures of my visit. As he educated me about the Samburu tribe, he told me, “I want to start a community-based organisation to eradicate Female Genital Mutilation (FGM) and forced early marriages before it is my youngest sister’s turn to get cut. Girls are being forced to marry at a young age. They should be in school getting an education.”

I offered to help even though I lived 8,000 miles away in New Jersey, USA. I told him about my nonprofit experience as a grant writer, fundraiser, and that I could help raise awareness. Samuel smiled, pointed at me and said, “Great! YOU will be our President!” We had just met the day before and co-founded Pastoralist Child Foundation within 24 hours.

2. Female Genital Mutilation (FGM) is commonly practiced while girls are on break – especially during April and August. What programming does PCF provide during these times and how many girls have been saved since PCF has begun?

PCF provides workshops for groups of 60 girls ages 12-17 to attend 4-day overnight camps during school holidays (April, August, and December). These three months of the school holiday are called “the cutting season” when girls are at a very high risk for FGM. In Samburu County the rate of FGM is 91%.

PCF works to educate the parents and the girls about the harmful effects of FGM and child marriage. The girls also learn about teen pregnancy, sexual & reproductive health, HIV/AIDS, child rights, self-esteem, self-confidence, and the importance of formal education.

PCF has saved 300 girls from FGM. However, we know the number is much higher because the girls return to their villages and share their notes with their peers, families, teachers, elders and anyone who is willing to learn. In December, 2015 Namayiana Village residents publicly declared their abandonment of FGM and stated that the decision was made after several girls attended PCF workshops.

3. Community-wide discussions about the abandonment of FGM and child marriages are part of the PCF’s partnership with UNICEF Kenya. Why is this inter-generational dialogue essential to PCF’s mission?

We believe collective responsibility from all communities and stakeholders helps to decrease and, ultimately, end FGM. We educate the community at the grassroots level and see positive results following community discussions, door-to-door dialogues, and inter-generational dialogues that include youth, women, men, morans (Maasai), elders and circumcisers.

The community is now willing to accept change and many people bravely declare in the presence of others that they will no longer mutilate their girls. FGM has been deeply ingrained in the community and there has been a sense of denial as to why girls are still greatly marginalised. The time has come to dispel the lies and myths that perpetuate these vices that hold girls back from fulfilling their dreams. Involving whole communities will accelerate the abandonment of FGM, while preserving the beautiful aspects of their culture.

4. FGM is rooted in a mix of cultural, religious and social traditions. What obstacles, if any, has PCF faced on its mission to end FGM and how are you overcoming those obstacles?

Approaching the community to eradicate FGM is by no means an easy task. We started the work almost 4 years ago so we are still quite young as a organisation. The first problem we encountered was securing financial funding since we were new, we did not have a record of success yet, and nobody knew who we were and if we could be trusted to accomplish our mission.

Secondly, PCF staff were not respected and were being verbally abused. The elders in the community were against everything the organisation did because they believed PCF was against the culture. Co-Founder & Director, Samuel Siriria Leadismo even received death threats.

However, when PCF started workshops (including for Samburu County government staff and local law enforcement) and sponsoring girls to attend excellent private secondary boarding schools, everyone realised how serious we are about formal education as a means to better life outcomes. The community now knows we have its best interest at heart.

5. PCF encourages the replacement of FGM with safe Alternative Rites of Passage (ARP). What alternatives have the communities you have worked with implemented?

The Samburu community now prefers education as the Alternative Rite of Passage to replace FGM. By educating both girls and boys there is a greater chance that we will succeed in eradicating FGM and child marriage. Workshop attendees learn the great benefits of not mutilating girls. Our workshops are wildly popular! The youth understand that when girls are healthy, educated, happy and enjoying life, things are better for everyone.

From this success, there is a great sense of hope now. We would love to provide more workshops during holidays and we have the capacity to do it with more funding. Poverty encourages child marriage and FGM. Education will help eradicate it. 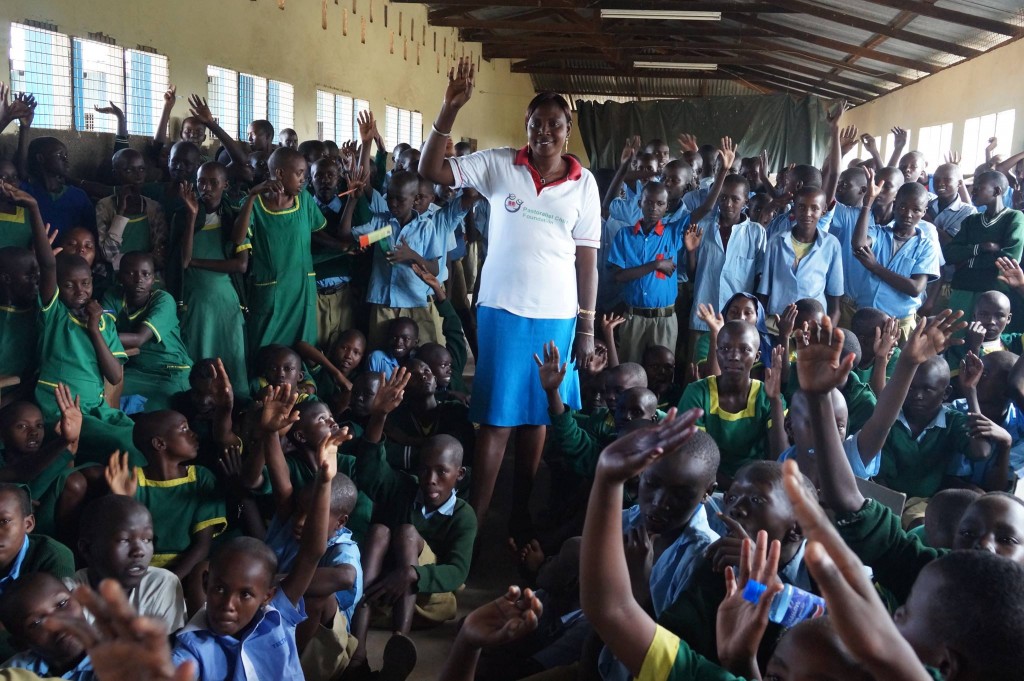 One thought on “Inspirational Interview: Sayydah Garrett – Part I”