This month’s Inspirational Interview is with Joe Samalin, from Breakthrough.

Joe Samalin is currently Senior Program Manager for Community Mobilization & Community Development with Breakthrough, a global human rights organization that works to challenge the culture of violence against women and girls. He has been working to address violence against women and girls since he was an undergraduate student, and as an activist and organiser addresses domestic violence, sexual violence, and anti-stalking, through trainings and programming with hundreds of people and communities on these issues.

The second part of his interview will be published 28 September 2015.

All pictures credited to Breakthrough. 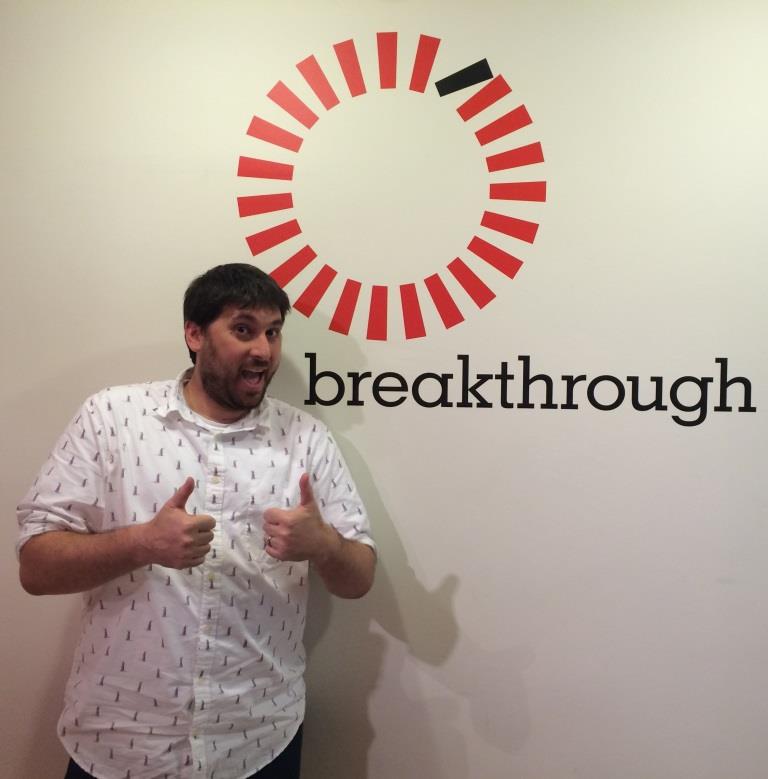 1. Breakthrough is, alongside The Pixel Project, one of the best-known anti-Violence Against Women nonprofits focused on using various aspects of pop culture, the Arts, and the internet as tools in their work to end violence against women and girls. What inspired you to join the organisation as Senior Programme Manager of Community Mobilisation and Leadership Development?

Thank you for the invitation to be here, Pixel Project, and for the work you do! I joined Breakthrough for many reasons including those you mentioned above — to work within a human rights framework with an international organisation, the unique and creative ways we address multiple forms of gender violence, and more.

But the #1 reason I am working here is Breakthrough’s focus on culture change. I have worked with different organisations doing prevention, intervention, direct service work with survivors of violence and those who commit violence as well. Focusing on culture enhances all the above to create sustainable change. My job also gives me the opportunity to work with a ridiculously fun-loving, passionate, and extremely experienced and knowledgeable team, which you really just can not beat.

2. What motivated you to become a staunch male ally to the anti-Violence Against Women movement?

I first became aware of violence against women as a high school student when my mom told us about the history of child sexual abuse in her family. At that same time, my dad started to explore some of the violence that he grew up with too.

I got to college still thinking about my family history, became the token guy in the local feminist group, and attended my first Take Back The Night. I learned I could do something about that violence. I am honoured and privileged (there is more than a bit of straight, white, male privilege in my story) to have found my passion and to be able to pursue it.

3. Different communities and cultures need different approaches with regards to getting them to engage with the issue of violence against women. Breakthrough is well-versed with that given that your main offices and activism focus are in the U.S. and India. Could you tell us about some of the programmes that Breakthrough has and is currently running that has been successfully adapted for both the U.S. and India audiences?

Our most internationally known campaign is Bell Bajao (“Ring the Bell”), launched in India in 2009, which called on men to safely interrupt domestic violence in their communities and send the message that it is unacceptable. That campaign went globally “viral,” with numerous countries adapting our provocative television ads for their own cultures.

2013 brought the launch of Ring The Bell, Bell Bajao’s global expansion, which inspired men and women all over the world to take action in their own communities to challenge violence against women. You can learn more by watching our global Ring the Bell video here – https://www.youtube.com/watch?v=47Wjw-DRmzY.

4. In the U.S., there have been many high profile cases of colleges and universities mishandling rape and sexual assault cases such as Emma Sulkowicz’s case at Columbia University which sparked off the #CarryThatWeight movement. At Breakthrough, you are currently working on the issue of sexual assault on university campuses. Tell us about what is happening with this campaign.

While I am happy to see the current media and government spotlight on the issue in the U.S., I and many others are frustrated by a lack of concrete progress and lasting change. Breakthrough addresses campus sexual violence in a broader context – we view college students as a key resource in addressing not only rape and sexual violence at their schools, but as a part of ending sexual violence and rape culture on all campuses and beyond. We work with sorority and fraternity members to identify and transform the most prevalent and harmful components of their school’s culture. Additionally, we are partnering with other key stakeholders to expand the national dialogue about the culture of higher education in America as a whole.

5. What do you think colleges and universities can and should do when addressing the issue of rape, sexual assault, street and sexual harassment, and dating violence which predominantly affects female students?

Well, first and foremost, universities need to recognise and be transparent about the epidemic of sexual violence on college campuses — some schools are, but not all. Universities, and the broader movement to end violence against women, have arguably been (over) focused primarily on “risk reduction” education (teaching women how to dress, act, etc. in order to “avoid” rape) and now bystander intervention. We all need to work together on prevention as well – and campuses are a great place to involve parents, alumni, faculty, staff, community-based organisations, and everyone else who can help.

Schools also need to work with each other more, to collaborate. On our end, we believe that this issue is best served by examining, challenging, and changing the culture of colleges and universities in regards to gender norms, sex, consent, and more. To that end Breakthrough hosts a monthly Twitter chat on campus culture and sexual violence, and a Facebook discussion group as well. 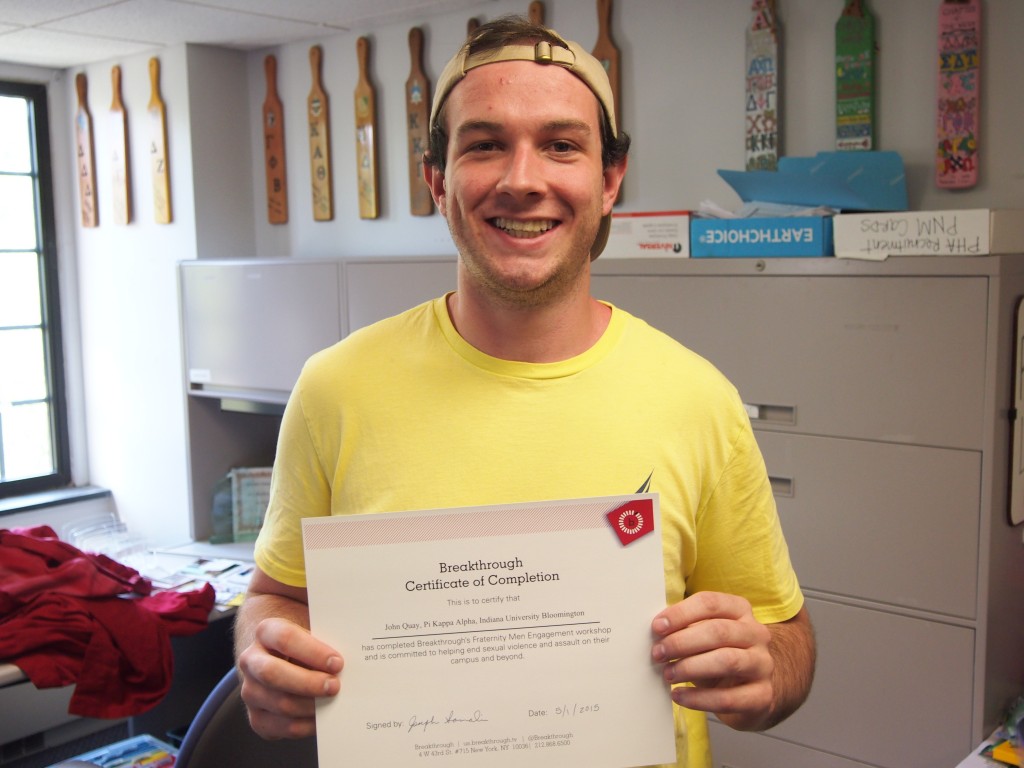