Our twenty-first 2015 Survivor Stories interview is with Theresa Smith from USA.

I became a published author at the age of 31 with my debut book, “Karma, A Book of Short Poems”. After surviving an abusive relationship a few years prior to this, I felt it was imperative for me to be great. Although my poem book has a variety of poems, there is one titled “Devil” in which I speak about the physical abuse I endured. I overcame the fear of another human being, so now I know I can survive anything. I am not an anti-domestic violence advocate yet, however I do speak to women about my experience, and advise them of signs that their significant other may become abusive at some point. I have an 11-year old son so my spare time pretty much goes to him. I try to find different activities that we can do together and both enjoy. I also like to go out with my friends and older sister, because every woman needs a girls’ night every once in a while. 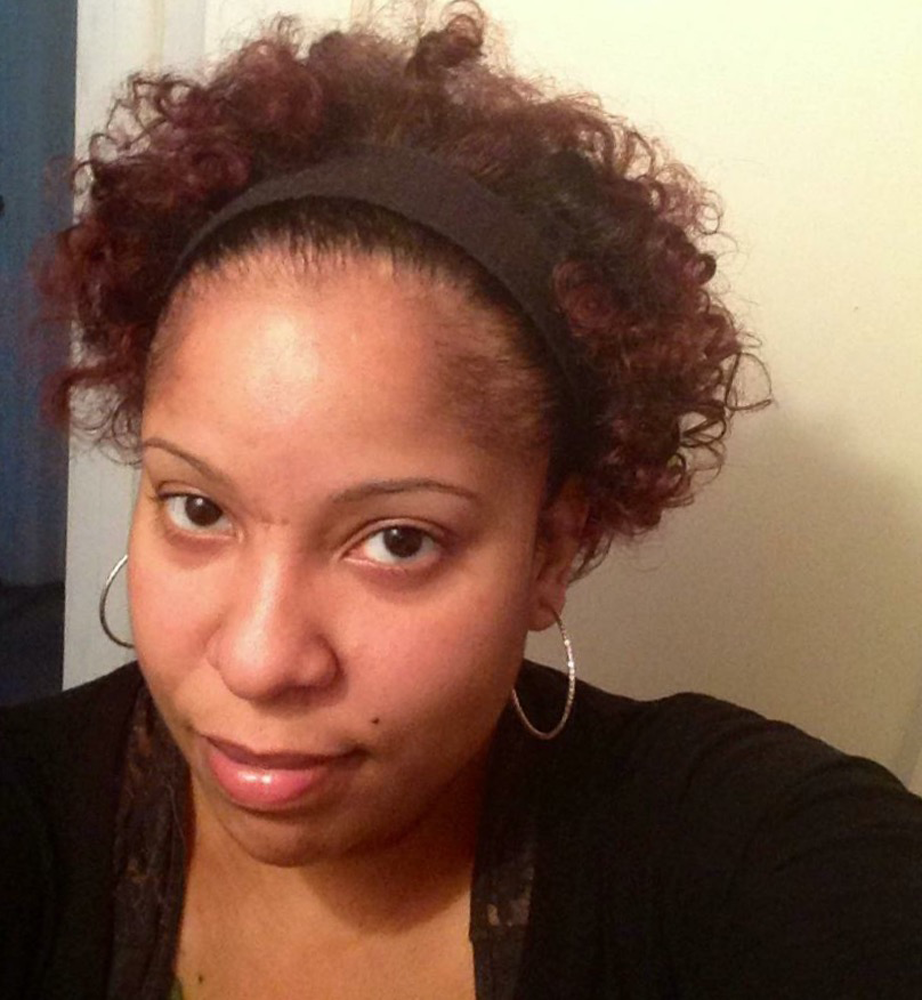 My name is Theresa and I have been domestic violence-free for five years. In 2007, I started dating a guy who was four years younger than me. We got along great and he seemed to be nice. We moved in together about eight months after dating, and that’s when he showed his true self. I found out that not only was he physically abusive, but that he was also a chronic liar and an alcoholic. It started off with verbal abuse, which I blew off because I did not think it was that serious. I learned to never blow that off though. It’s a major red flag.

I was in an abusive relationship for two years. I have been hit, choked, pushed, have had busted lips, a bloody nose, and my collar bone has also been broken from the abusive relationship I was in. And that was just the physical part. He also tore down my self-esteem and made me feel fat, ugly, unwanted, and unworthy.

It took me years to finally build myself back up. This experience made me stronger, so in my eyes, his plan backfired.

I was able to leave him once I got fed up. Everyone has a breaking point, and once he broke my collar bone my survival instinct kicked in. I stopped fearing him, and starting fearing for my life. I didn’t want to die so I took all that fear and turned it into courage. I finally got the strength to reach out to someone.

From that point I got a restraining order which automatically evicted him from the house we lived in together. I cut off all communication with him and carried that restraining order with me at all times. Most importantly I prayed, A LOT.

I overcame my situation by praying for healing, forgiveness, and strength. I was able to find something good out of such a horrible situation. It didn’t kill me, it made me stronger, wiser, smarter, and more aware. Once I left him I felt like could accomplish anything. Overcoming my fear for him allowed me to overcome other fears. I ended up publishing my first book in 2013. I wrote poetry so it is a poem book called “Karma: A Book of Short Poems.” One of my favourite poems in the book is the one I wrote about freeing myself from the abusive relationship.

For any female who is in an abusive relationship, I would say, SPEAK UP. Unfortunately a lot of people wait on the battered woman to speak up before they act on anything. Also it is very important to push your fear to the side. PRAY. STAY STRONG. SPEAK UP. FIGHT BACK. Call a Domestic Violence hotline. Tell someone you trust because they will reach out for help FOR you if you are too scared.

We can end it, or at least make other people aware – not just women, but everyone. A person in an abusive relationship needs to know that someone has her back. If none of her family or friends speak up, but they KNOW she is being abused, then she will feel alone. If a person feels alone and scared then of course they are going to stay in the relationship because they think there is no way out.

I also think a law needs to be made that if cops are called to the same address numerous times about this issue, even if the woman says the man did not do anything, he should be arrested.

I support The Pixel Project because I was that woman. The one being abused. The one too scared to speak up. The one too afraid to leave. I felt so alone although I really was not alone. Domestic violence is never ok, so anyway that I can help, I surely will. Every woman should know that it is NOT okay for a man to put his hands on you. Every woman should know that there is help, and they can get out. There is life after an abusive relationship, and it can be as beautiful as you decide to make it.