Jaclyn Friedman is a writer, educator, activist, and creator of the books book Yes Means Yes: Visions of Female Sexual Power and a World Without Rape and What You Really Really Want: The Smart Girl’s Shame-Free Guide to Sex & Safety.

Friedman spearheaded the ‘FBrape campaign’ and forced Facebook to review its policies on gender-based hate speech. Friedman is a popular speaker on campuses and at conferences across the U.S. and beyond. She has been interviewed on numerous high profile radio and television shows in the US, and her commentary has appeared in outlets including CNN, The Washington Post, The Nation, Jezebel, Feministing.com, The American Prospect, and The Huffington Post. Named one of 2009’s Top 40 Progressive Leaders Under 40 by the New Leaders Council, Friedman holds an MFA in Creative Writing from Emerson College.

The second part of her interview will be published on May 26, 2014. 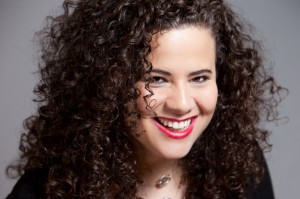 1. “Why do we WAM!? Because power and privilege is about who gets to speak and who is listened to. Most of the time, it’s not women.” This is part of the compelling opening statement on the homepage of WAM”s website. Please give us an overview of your organisation’s mission and aims.

WAM is a non-profit organisation for gender justice in the media. We define that on four levels. 1). Women’s access to media, including women in rural areas who do not have access to media. 2). Representation. How are women portrayed in the media? Are they even there? 3) Employment. Are women hired to create and produce media in the same positions as men? 4). Ownership. Who owns the media? This is almost never women. We organise in local “chapters,” in-person and digitally, to push for change on all four levels.

There are a lot of double standards, the primary being that men get to be sexual actors. The expectation is that sexuality is for their pleasure. Women are expected to be the objects of that pleasure and are punished for trying to be the actors. The culture that allows rape to flourish is the exact same culture that punishes women for being sexual outside the very narrow lines that are defined for us.

I think I’ve always been an activist. I have a book report from sixth grade where I write about how I didn’t like going to zoos because the animals are all locked up in cages. All of it is just part of me. I came to my sexual liberation work as an activist against sexual violence starting in college. It was invigorated by my experience of being a victim of sexual violence. The more work I did, the more I came to realize that we can’t separate out anti-rape work and pro-sexual liberation work. Those two causes are really the same cause.

3. “Your college days were clearly important to you and I know you do talks on college campuses now. In light of Steubenville and the more recent case of Dartmouth, how do young people feel about rape culture?

Most young people I speak to feel scared and overwhelmed, male or female. We know that the majority of rapes are committed by a tiny fraction of men who do it again and again, who are not confused about whether they have consent. My experience in talking to young people about reframing the way we approached sexuality or sexual violence is that there’s almost always a sense of relief. It’s like, “Oh, it’s not me. This system is messed up. It could be different and we can do something about it.”

4. There are some stunning statistics on your website about women’s lack of representation in all parts of the media. How does WAM campaign for better representation?

We are doing a number of things, one of which is targeted issue campaigns. Last year, we spearheaded the #FBrape campaign, which forced Facebook to review its policies with regards to gender-based hate speech and removing content which promotes gender-based violence. We, also, took on Clear Channel, a major media conglomerate that was refusing to run ads for a women’s health clinic in Wichita, Kansas, because they provided abortions. We were able to force them to run their ads. Right now in the States, we are doing a huge drive to get people to watch the new Anita Hill documentary. Anita Hill, in 1991, made an allegation of sexually harassment against Clarence Thomas, who, at the time, had just been nominated to the Supreme Court by George Bush. She was demonised and vilified by the media, but she blew the doors open by talking about sexual harassment in the workplace in the U.S. The new documentary, “Anita,” is directed by woman filmmaker Freida Mock and was released in USA on 21 March 2014. We, also, have local chapters and an active listserv, which serve as networks that encourage WAM!mers to hire, support, publish, and produce each other.

5. How does objectification of women in the media impact on both gender inequality and gender based violence?

Images of the objectification of women in the media are not harmless, as some may say. There is a sociological phenomenon called stereotype threat, which, when you cue a group of people about the negative stereotypes of their group, especially oppressed groups of people, it makes it more likely that they will live up to that stereotype. A famous study was conducted where both women and men were asked to perform a math test wearing either a bathing suit or a sweater. When the men took the math test, there was no difference in the results of the test, regardless of what they were wearing. When the women took the math test in a bathing suit, they performed more poorly than the women who took the test while wearing a sweater. Why? Because when women are in swimsuits, they are reminded that they’re supposed to be ornamental.

In terms of sexual violence, it isn’t difficult to see the link. When women are seen as objects, as receptacles of desire, a women lying there while someone is doing something to her body doesn’t look like rape to people. We saw that here in the States during the Steubenville case. One of the bystanders was asked, “Why didn’t you do something to help?” and he responded, “I didn’t know that was rape.” He didn’t expect that a woman who was participating in consensual sex would look like she was enjoying it. He expected women to be passive objects.

6. What does feminism mean to you?

“Feminism is the radical notion that women are people.” There are a million types of feminism, there are many ways to feel feminism, and many ways to “do” feminism. Ultimately, feminism is about recreating our institutions so that women are treated equally and fairly. All women, women of colour, transgender women, immigrant women – all women.

One thought on “Inspirational Interview: Jaclyn Friedman – Part I”