This month’s Inspirational Interview is with Soraya Chemaly. Ms Chemaly is a feminist writer, media critic and activist whose work focuses on women’s rights and the role of gender in politics, religion and popular culture. She is a frequent radio, television and online commentator and contributor to several international media outlets. Most recently, she was one of the primary organisers of a successful social media campaign demanding that Facebook recognise misogynistic content as hate speech. She is a founding organiser of the International Feminist Network, a member of the national board of Emerge America and serves on the advisory boards of Title IX, FORCE: Ending Rape Culture and Secular Woman. She was the 2013 recipient of the Donna Allen Award for Feminist Advocacy. You can find her on Twitter @schemaly and blogs regularly on her tumblr.

Part II of the interview will be published on March 31st. 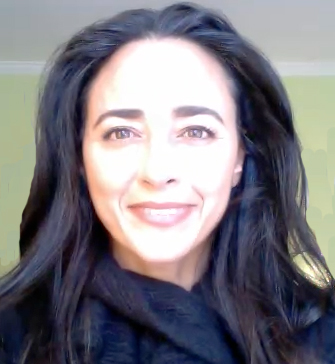 I began my writing career in college, where I founded a women’s print journal (this was pre-internet). Focusing on gender issues and equality is not really a topic of emphasis for me, but a worldview and a way of thinking. Writing about these issues, in particular violence against women, is one of the only ways I could imagine being able to make a difference and contributing to efforts to reduce violence and close our gender gaps.

2. Violence against women (VAW) is currently one of the main topics that you cover in your articles and columns. When did you first begin writing about this issue and how do you think journalists and columnists like you can help further the cause to end VAW?

Early in my career I began writing about media representations of women, political marginalization of women and similar topics. I realized immediately that until we are able to address the physical vulnerability of women as a class and ensure that girls and women have equal access to the rights of bodily integrity and autonomy we would not be able to see parity elsewhere in culture. This began my focus on violence against women.

3. Your articles for The Huffington Post and other online media are extremely well-researched, complete with citations and links. What are the particular challenges you face when researching and writing articles about VAW?

The biggest challenges I face is the presence of denialism, hostility and magical thinking in much of what is written. There is significance amount of evidence, statistical resources and other ways in which to demonstrate a profound gendered safety gap, and yet misinformation continues to be presented. I would have to say that particular challenge I face is having the self-discipline not to argue with people who have no intention of listening.

4. How do you think the mainstream media can improve in their coverage of the issue of VAW? What are the best practices they can and should adopt when writing and talking about VAW?

First, I would encourage people to understand the broad context of violence against women before writing about any one aspect of it. Secondly, I would caution writers to be aware of implicit biases (and we all have them) and how they manifest themselves in our framing and language. Third, I would get a good grounding in statistics and in understanding prevalent mythologies about rape and domestic violence. There are so many brilliant analysts and academics who are doing serious and important work that needs to see the light of day. We should be using this work instead of saying things like, as was recently the case in a Washington Post article about sexual assaults on college campuses, “I don’t have the statistics available at my fingertips now, but I think. [myth, myth, myth].” There is no excuse for sloppiness.

Be prepared and have the emotional wherewithal not to care what people say. I often avoid comments entirely on pieces that I know will draw the ire of misogynists and men’s right activists. If they contact me, I assess the risk and act accordingly, but I never, ever stop writing. This is not an option, sadly, for many people whom I know either stop entirely, or carefully police what they write about to avoid harassment. This is a serious challenge to women’s rights to free speech and is too easily and often trivialized.