This month inspirational interview is with David S. Lee, MPH. David is the Director of Prevention Services at the California Coalition Against Sexual Assault (CALCASA). David manages PreventConnect, the nation’s leading online community to advance primary prevention of violence against women. David has been involved in the movement to end sexual assault and domestic violence since 1982 working with a variety of local and statewide sexual assault and domestic violence prevention agencies. You can follow David on twitter at @calcasa

You can read part II of the interview here. 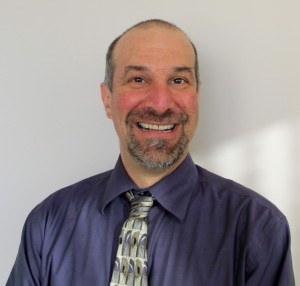 1. Tell us about how you became interested in working in prevention of sexual and domestic violence.

My interest in preventing sexual and domestic violence was inspired by my mother. In the 1970s she began to volunteer at a battered women’s shelter. She instilled in her three sons the notion that addressing violence is essential and that all of us should be part of the solution. Later in college I took women’s studies classes where I examined how I, as a man, contributed to culture that condoned violence against women. In 1982 I started to volunteer with a group called Men Against Domestic Violence. I have had the fortune to be inspired by many wonderful feminist mentors who have supported my work in ending violence.

2. How did you come to be involved in the California Coalition Against Sexual Assault? And what is your role there?

After college I had many jobs and volunteered at organisations dedicated to preventing sexual and domestic violence (including National Clearinghouse on Marital and Date Rape, Men Overcoming Violence, Battered Women’s Alternatives, Support Network for Battered Women, Children’s Self Help Project and STAND Against Domestic Violence). After working in the field for almost 10 years, I returned to school to get my Masters in Public Health in order to learn about strategies to make community-level change. I knew that I would not learn much about violence itself since I had already been speaking to classes at the School of Public Health on domestic violence as a public health issue, but I recognized that public health could provide me with tools to use in building prevention efforts. After working in local domestic violence and sexual abuse prevention organisations for many years, I joined the California Coalition Against Sexual Assault in 2005 to manage CALCASA’s new CDC-funded online project PreventConnect (then known as Prevention Connection) where we would bring together the sexual and domestic violence prevention movements with public health concepts. In 2005 I also managed California’s statewide social marketing campaign, MyStrength, where CALCASA adapted materials and programs from Men Can Stop Rape.

Nine years later, I am still working with wonderful colleagues in these efforts to create change toward ending sexual and domestic violence.

3. In your role managing a training and technical assistance programme, how do you support rape crisis centres specifically?

4. What are the most effective prevention programs available currently? Are those programmes culture and language specific or are they available in multiple languages?

Preventing sexual and domestic violence is long term work that does not easily fit into a pre-packaged programme. While there are several curricula that research has demonstrated some level of effectiveness (such as Safe Dates, 4th R, Shifting Boundaries, Second Step) and many other programmes that research indicates are promising (including Coaching Boys into Men, Bringing in the Bystander, Green Dot, and Projecto H), it is important to recognize that there are factors beyond the research to see if a prevention program will work within one’s own community. I see sexual and domestic violence prevention as both an art and a science. We need to use the science of research and evaluation to learn what is effective, while at the same time, we must engage in the art of tailoring our efforts to meet the specific needs of our community within the capacity and resources of the organisation that is conducting the prevention efforts.

5. You also manage PreventConnect – one of the largest online communities discussing sexual and domestic violence. How do such online discussion groups advance the cause to end violence 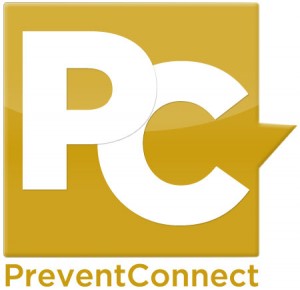 In addition to support from the Centres for Disease Control and Prevention, for the last several years PreventConnect has worked with the Ms. Foundation for Women to hold #PowerInPrevention web conferences on ending child sexual abuse. Thousands of people participate in PreventConnect interactive web conferences, listen to podcasts representing voices in the sexual and domestic violence prevention movement, and exchange ideas, resources and current research on PreventConnect’s email groups, Twitter, Facebook and wiki.

I am looking forward to the 10th year of being part of the PreventConnect community as we continue to learn together how to create change in our communities.

One thought on “Inspirational Interview: David Lee – Part I”