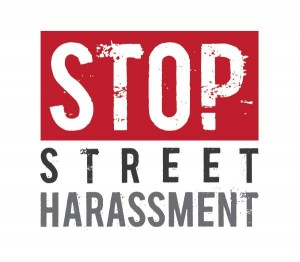 Several weeks ago I was seated in the window aisle of a bus heading to work. A young man I’ve seen on multiple occasions, on this bus, sits next to me. The bus is crowded, as this bus drops off many of its passengers at the nearby community college, so I’m used to being shoulder-to-shoulder with many people. In this instance, this young man sits with a large backpack on his lap, and then appears to nod off. Suddenly, I feel something on my hip/butt area. I look down, and his hand is sort of…limply resting on it. I instinctively grabbed his hand and jerked it away, and he sleepily apologized. I should not have given him the benefit of the doubt, thinking he’d nodded off and his hand had rested there on accident. Two minutes later his hand was hovering over my thigh. I did not react the way I wanted to. I got up in a panic and sat up in the front, not fully processing until I arrived at work that I had been violated. I was disgusted, agitated, most of all, ANGRY.

I did not see this man for another few weeks. He brazenly sat across from me next to another girl in a window aisle. As he pretended to nod off, I snapped a picture of him. Shortly thereafter, the girl abruptly sat up and found her way near me, the seat next to mine being the closest available. I asked her if he had done something to make her uncomfortable, and she relayed to me the same exact scenario I had been in a few weeks prior. As we went up to inform the driver at the nearest stop, he ran off.

I’ve since then filed a police report with a photo of this young man. The police officer says he’s already received another report from another young woman: same description and same M.O. Luckily, as I’d seen him many times before, I knew what his usual stop was, and the officer confirmed this was where the other young woman said he got off the bus.

Ladies, be very very careful and do not be afraid to approach someone in this situation. A case is now being built against this man, and if I see him again, I can report to the driver and he’ll call the authorities to take him in for sexual battery, a misdemeanor. I only made sure to take a photo when I knew he wasn’t looking at me or wasn’t aware. If you cannot immediately tell someone, burn this person’s face into your skull so you can identify him. These sickos have a pattern, an M.O., and if they don’t get caught, they’ll simply become more confident and do much worse.