Welcome to Part 2 of our May 2013 Inspirational Interview with social justice leader, Urmi Basu of New Light. In this part of the interview, Urmi talks about how she was raised and how she views courage in the work that she does to end sexual exploitation. You can read Part 1 of her interview here. 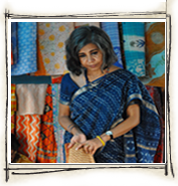 7. You say that your parents taught you to “cultivate courage.” How can our readers follow your example?

My parents were fearless. They never thought twice about speaking their mind and standing up against injustice. I remember a woman in our neighbourhood who was beaten regularly by her husband. The whole neighbourhood would hear her screams yet nobody would interfere. Of course, not my parents! They regularly knocked on the door and told the husband to stop. My parents made it clear that they knew how he was behaving and reported him to the police. His behaviour changed and the beatings stopped.

I have no fear when it comes to standing up to people who are behaving in a disrespectful and abusive way. Some of my friends worry about me, but I have no fear. We must always intervene if we witness injustice or abuse towards another person. Being a bystander will not fight injustice and will not make the world a better place. If you see injustice, you must have the courage to speak out against it.

8. We understand that you had to overcome difficult circumstances involving a violent attack on your father. You have said that “every act of violence can be overcome with tolerance and compassion. Peace is the greatest power we have.” How do you feel survivors of gender based violence can use your words to help them overcome painful memories, the way you were able to?

My father was violently attacked when I was just 9 years old. I will always remember the dignity he had after the attack, and how he stood his ground and offered compassion to the people who attacked him. Many people in our family and friends told us to move away but my father said, “This is my home, I am not moving anywhere.” He stood his ground and eventually his assailants asked for forgiveness! As a doctor, he also treated their children in his practise.

To have the courage to be compassionate to the people who do you wrong takes a lot of strength and character. If you can forgive these people, you will have less anger inside you and more room to put positivity into your life.

9. How can our readers support New Light?

We have big plans here at New Light! It is unbelievable that even in 2013, West Bengal doesn’t have a single shelter

for women who have suffered from abuse and violence. We want to set up a shelter here in Kolkata where women who have been the victims of gender-based violence will have a safe place to turn. We want to dedicate the centre to “Jyoti Niloy,” the victim of the horrific gang rape in New Delhi on December 16th.

If you would like to make a donation to New Light, and help us achieve this goal, please follow these links:

10. In your opinion, how can we bring about an end to Violence Against Women?

Education. We need to educate young boys and girls about equality, respect, and human rights. Particularly in India, we need society to place the same value on girls as it does on its boys. Women and girls are equal, capable, and have the right to a life of dignity and freedom.

We have come to a tipping point here in India. Men and women need to join together and say enough is enough. Women and girls cannot stay inside their houses any longer, living in fear of the next attack, hiding their bodies, and being ashamed.

We need to grasp this opportunity with both hands and end violence against women and girls, in India and throughout the world, for good.

New Light posts videos made by survivors on their blog. Here is one story.