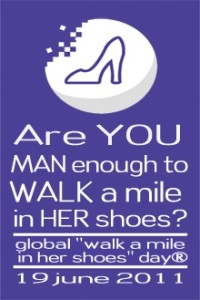 Performing arts are essential to bringing awareness and facilitating change. So often ideas and theories get formulated by and discussed with academics, intellectuals or politicians who develop a discourse that often articulates a closed system. The discourse becomes self-referential and increasingly judgmental of a world and people outside who are targeted, objectified and subjected to the analyses, conclusions, opinions and policies of the few.

Performing arts democratise discourses by allowing the people targeted to participate in moderating their real effects. In becoming audience, real people experience the performed discourses and store them in their lives as more or less relevant and useful.

When audience is part of the performance, it experiences both transmission and reception of the embodied discourse simultaneously. The richness of this intersection produces meaning that is both more complex and easier to understand and re-convey because it is now personal and storied experience.

If someone else were interested in running a performance art event with the intention of raising awareness of violence against women / gender violence, what advice would you give to him or her?

Know the discourses you are exposing or exploring or deconstructing. Be articulate about them both as ideology and in practical day to day implication and application. Do not forget either. Forgetting either dilutes and confuses the message.

Know what ideas, thoughts, emotions and physical sensations you want your audience to experience and walk away continuing to think about and remembering later. You have a responsibility to carefully and compellingly craft your message(s) and the impact.

Don’t assault your audience. So often advocacy art takes the audience hostage and subjects them to a grueling experience where the tone is something like, “You were stupid and negligent for not knowing this. You are Responsible for your ignorance and the cost to others. You must now Learn Your Lesson and change you ways. You can no longer hide!” Unfortunately, often one of the lived experiences of this treatment is, “You think you’re so smart. You can’t tell me what to do. I reject your premise. I reject you.” Too often the audience is then in a negative reactive relationship and the message and benefits of education and action are lost by attitudes and moods that shape what could otherwise have been more successful efforts.

It’s kind of like the difference between when you yell at someone and think you’ve made your point when all you’ve really done is made them mad at you.

Make sure to invite your audience in. Encourage them to see the potential benefits to them of your offering.

Respect your audience. Recognize that no matter how right you feel you are or how righteous your cause, the audience can accept or reject you. Encourage them to consider you by doing all the things you do when you recognize that someone else is a thinking and autonomous being.

Be serious, but not dour. A sense of humor goes far in allowing others to come close to you and your message.

On your website you mentioned that sexualised violence tends to be seen as an issue concerning women rather than something that involves both men and women. What are the things people can do to open the dialogue and change this perspective?

That is why “safety tips” for women are experienced as insulting. The value they have (i.e. anything anyone can do to keep themselves safe in the world is valuable) gets overshadowed by the implication that it is singularly up to women to keep themselves safe, that men have no part in these efforts. Men do have a part in these efforts. If men did not assault women, women would not need to keep themselves safe from men. Additionally, even if/when women take up these “safety tips” they are still often insufficient for protection because it is the assailant that has destroyed the woman’s safety and ability to make or keep herself safe.

Tips for her and tips for him can be used effectively as long as they are together in a both/and context rather than either/or. That is, a woman can do this AND a man can do this. These two occur together. Not the woman does this OR the man does that. Both/And.

In conjunction with The Pixel Project, you are holding the first Global Walk a Mile in Her Shoes event this year. The event is being held on Father’s Day. Why is the tie-in with fathers important?

For me, honorific days are not about receiving, but about giving. Father’s Day is a chance for me to acknowledge all that I have received and to specifically acknowledge those who have contributed to my experiences of and satisfactions with being a man and a father.

I am a father because of my daughter, Brenda Baird. She has changed and contributed to my life in ways that I can never sufficiently comment upon, acknowledge or pay back. Some of this she has done on purpose, most of it she’s done just because she exists.

I want the world to be a safer place for her. I want her to have good relationships in her life. I want her to be happy. A Walk on Father’s Day is an opportunity for fathers everywhere to show their commitment to their daughters and their sons and the mothers of their children.

Lastly, what are the things that participants have said about their experience taking part in ‘Walk a Mile in Her Shoes’?

Men keep saying it is fun, painful and enlightening. The playfulness of the Walk invited them in and they liked how they were treated – as allies instead of the enemy. Most men commit to returning year after year to participate in their communities annual Walk Event.