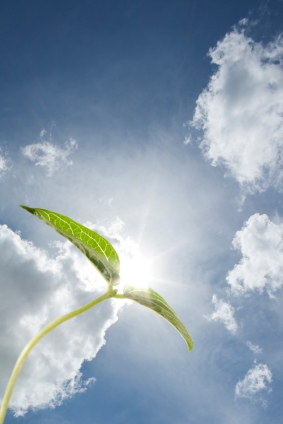 I have been a victim of abuse more than once.

I am from a home with two parents, we were not abused growing up, and I have a degree and 8 years of university under my belt. I have learned that there is no ‘typical’ abused woman prototype and that anyone can fall prey to an abuser’s brainwashing techniques. If this should ever happen to you, you are not to blame, you did not ‘attract’ this man to you, and you can and must find a way to escape – while you still can.

My first experience was with a boyfriend when I was in my early 20s. I rushed into the relationship and moved in with him after dating a few months. Quite early on he displayed emotional outbursts and what can only be described as temper tantrums. Because he never physically touched me, I didn’t leave after the first scene. After a few months though, one of his scenes included kicking at the bed I was on and yelling that nobody liked me. When he finally left for work, I called my Dad to tell him what had happened. I urge all Dads reading this to keep my Dad’s reaction in mind and make a different choice should you ever receive a call like this from your daughter. My Dad said that he was sure things would get better and that my boyfriend didn’t mean it. I hung in there. Less than a year later, my boyfriend and I were returning from a restaurant to our apartment. He started screaming about how angry he was that I was planning to go across the country to finish the last 2 years of my degree. While yelling, he picked up our cat’s scratch post and threw it, from 8 feet away, at my head. I survived with 2 levels of stitches on my forehead, my front tooth knocked out, and emotional scars that will always be with me to some degree.

My second experience was with a man 10 years older than I was. I had a young child by a previous marriage and was easy prey to being ‘rescued’. This man refused to call himself a boyfriend, but provided what I thought was more emotional support than I’d ever had in my life. Later, I realized that his ‘support’ was actually isolating me from family and friends, claiming that they were unhealthy for me to be around. Once cut off and emotionally dependent on this man, I stayed in a whirlwind of being drawn in and rejected, usually on a weekly basis. After half a year of this, I got strong enough to leave for good. My successful escape tactic was to ask for one month of no contact. Sure enough, on the 31st day, he called, but by this time, I had brought back enough support into my life to be able to tell him I couldn’t have any more contact with him. He tried a few more times to contact me, but eventually gave up.

This last (hopefully forever!) experience lasted over a period of almost 4 years. I met this man on an online dating site and once again rushed into the relationship (encouraged by him to a great extent). After a month we met each other’s children and felt like I’d finally found the close family I’d always dreamed of, but never thought it could actually happen. This man played with the kids, he seemed to understand discipline and parenting. And most of all, he encouraged me to read Christian books on parenting and womanhood. Because I wasn’t a Christian, he told me to just skip over the ‘God’ words. This is where I got seriously confused. As I learned more about the Christian faith and grew in my spirituality, I attributed this growth to my boyfriend. Although learning about how people could feel unconditional love and acceptance from God was really fascinating to me, my boyfriend used this knowledge against me and focused on the woman being submissive to her man (which is actually twisting Christianity, which asks both partners to serve each other!). The emotional and verbal abuse crept up slowly and I, like a frog slowly cooking to death in a pot of water brought to a slow boil, kept hoping that one day I would grow enough to stop being so frustrating to my boyfriend. The physical abuse was so convoluted that it took until last week to even see it for what it was. I had been so thoroughly brainwashed as to think that his ‘beatings’ were for my own benefit and growth and that I deserved them. After a beating, I would notice that I followed my boyfriend around like a puppy dog seeking approval and affection. I thought this must mean that they were effective.

I have kept the growth in my faith and through this new-felt connection to God and to so many loving, supportive people that I have met at many different churches, I have been able to break off an engagement with this man and escape to clarity, a deep sense of worthiness, and a firm understanding of what abuse is and how to let relationships flow slowly and naturally, and how to leave at the first signs of any behaviour that doesn’t treat me like the jewel that I know I am to God and all His children.