The last week of July has been an ABSOLUTELY FABULOUS week for The Pixel Project as, hot on the heels of our announcement of our Official Songwriter, comes our big breakthrough – our first Pixel Project Celebrity Male Role Model has agreed to come on board… 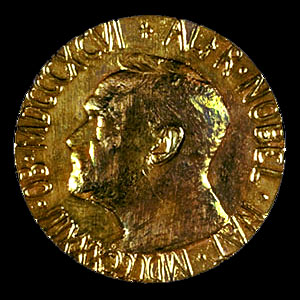 This breakthrough has been a very long time in coming, given that we began The Pixel Project back in January 2009 in response to WAO‘s call for help. It has also been the product of a long hard search and a lot of knocking on doors that refuse to open and a lot of “No”s until we found a prominent man who really believes in the urgency and importance of stopping and ending violence against women.

a) Why Celebrity Male Role Models? Why not women?

Women have always been at the forefront of the Violence Against Women campaign – Strong women; Stellar women.

However, it is our belief that men must also step up and take responsibility for addressing this worldwide issue. Men are part of the problem and so they are part of the solution. We believe that men need to work together with women to take a stand for the rights of girls and women to live a life free from gender-based violence. Violence against women cannot be stopped if the battle is divided along gender lines – we must all work together, hand in hand, to eradicate it.

As our campaign strapline says: It’s time to stop violence against women. Together.

We had a tough time getting our first Male Celebrity Role Model principally because, given the sensitive – and in many cultures – taboo and entrenched nature of violence against women, we had very stringent conditions by default:

So our shortlist was… rather short.

Instead of the customary bombarding agents/managers/publicists of every big male star/celebrity known in the world with a pitch for their client to join the project as is the normal procedure, we pinpointed the men we wanted, did our due diligence on them and worked our connections.

So, in the months that we were doing this and hitting a brick wall with so many and watching our list shrink, then change in shape, then expand, then shrink again, we had to remind each other of the importance of getting not just superstar celebrity men, but the right superstar celebrity men who will be able to be the role models that men around the world needed to see and hear and to take inspiration from to stop violence against women – the women in their lives, in their communities and in their cultures.

Our Celebrity Male Role Models will be men who whose lives – and very successful lives at that – are living proof that treating the girls and women in their lives well is part of a healthy sense of masculine identity and not detrimental to it.

Our first Celebrity Male Role Model embodies these values and principles and we are looking forward to welcoming all the others on board over the next 2 to 3 months.

b) So who is this uber-famous Celebrity Male Role Model?

Ah, but that would be telling wouldn’t it?

As excited as we are and as much as we would dearly love to shout his name from the rooftops, we can’t tell you because he will be part of a group of 6 exemplary Celebrity Male Role Models who will be in a world-exclusive collage of portraits taken by our award-winning photographer, Jillian Edelstein, which will be obscured when the campaign goes live in early 2010.

To find out who these men are, you’ll join the worldwide online community in collectively unveiling the mystery portraits (collectively 1 million pixels) at US$1 per pixel. So get your credit cards and modems ready for early 2010 and help us rise to the challenge of raising the US$1 million goal we have set to aid both WAO and NCADV in this global recession!

In the meantime, help us spread the word about The Pixel Project as we speed towards building a supporter base of 1 million supporters on Facebook and Twitter on time for our project launch in early 2010.

It’s all coming together now and together, we can do it.