For our June 2020 interview, meet  Sergio Herrera from the US.

I was born in Mexico City in 1955. I grew up in a family of 7 sisters and 4 brothers. I started to work in odd-jobs at six years old, such as helping my mom clean schools at night, carrying groceries, selling newspapers, and cleaning houses. I came to the United States at 34 years old in 1989. I worked as a baker assistant and assistant painter. Ten years later, I founded my own painting business. 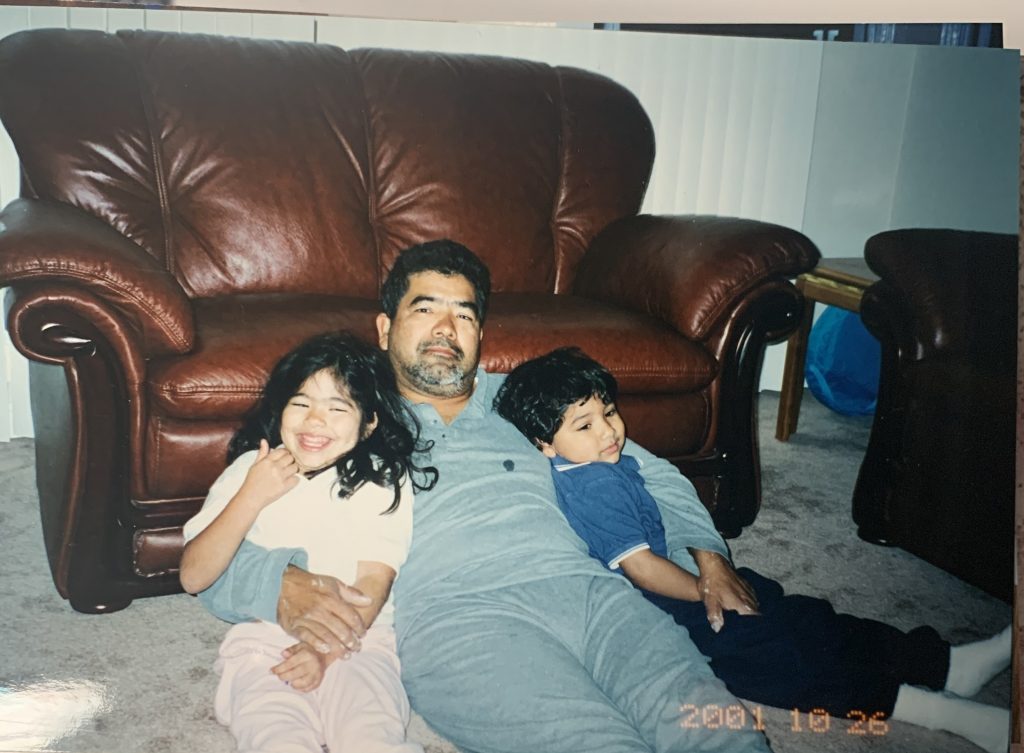 The best thing about being a dad is spending time with my children – seeing how they confront the challenges of life, watching them overcome, and share their successes.

I do not have a good experience with my dad because he was an abuser, an alcoholic. He beat my mom many times, and me and my siblings. I imagine a perfect dad to emulate – and how I could treat my family better since I did not have that role model in my own life.

What I’ve learned in life is that sometimes we experience challenging situations – up and down –  and take the good things from life around you, and impart that on the coming generations. I think we have to break the chains of violence. Give love, compassion, understanding, and not violence.

We need to change the stereotype of a woman in media, in the world as an object. That she has to be skinny or provocative to sell products, seen on product advertisements. And to end the idea that women’s only responsibility is to bear children, and be in the home. The entire household responsibilities need to be shared by both parents, and not just the women – to show the boys at an early age that this responsibility also involves them.

Right now, in Mexico, sexual assault investigations are improving – for example: shifting the blame away from the female victims – because the women are fighting for their rights. However, men need to be involved as well – from the very beginning.