Our eleventh 2016 Survivor Stories interview is with Taylor Amell from the USA.

Taylor is a survivor of child and adult domestic abuse who currently works in the early childhood and special needs fields. She is currently studying to for her bachelor’s degree in early childhood leadership while working at an early childhood education centre that services the low-income, homeless or domestic shelter population of Green Bay, Wisconsin, USA. Taylor also works as support staff at The Rainbow House Domestic Abuse Shelter in Marinette, Wisconsin and is proud to be employed by the agency that supported her through the years. Taylor is also the single parent to three amazing children and currently enjoys first-time home ownership. 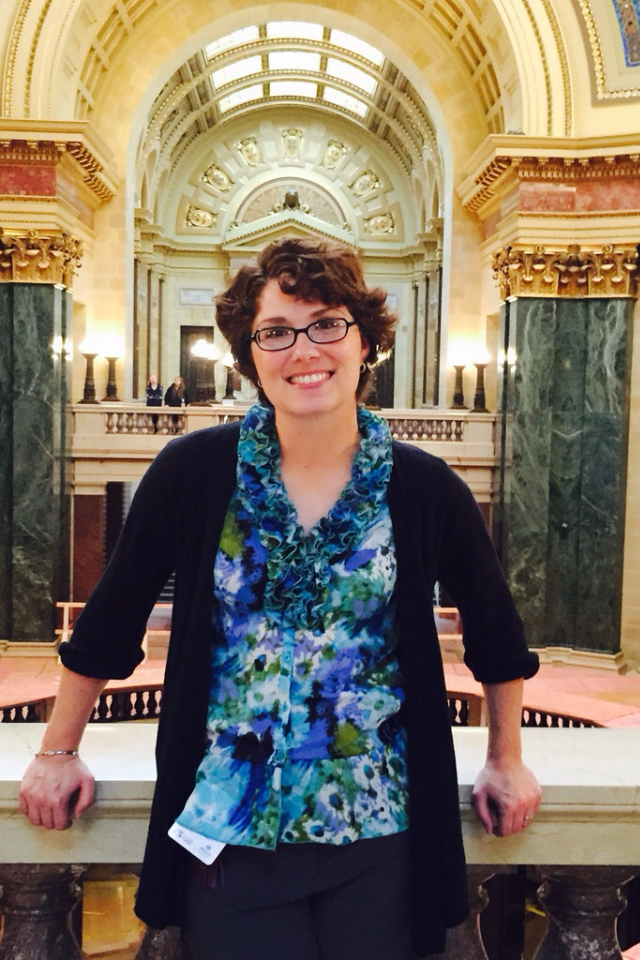 I was born expected to be a boy, hence the name Taylor. My mother never forgave me for being a girl. In her eyes, boys were safe from the reaches of domestic violence. My father molested my step-sisters and me, and when our mother wouldn’t kick him out, my sisters turned their hurt and anger on me. I was found by Child Protective Services and after a few weeks in the neonatal intensive-care unit I began my journey through the foster care system.

In my new foster home, love was disguised as sexual abuse from the father figure, followed by physical and mental abuse from the mother who said I was ‘a slut like my mother’. When I was able to work outside of the home, I jumped at the chance. When my manager molested me in the break room, I was blamed for making up the story by my ‘new family’.

After promiscuous and self-injurious behaviour, I found my future husband and thought I had finally escaped but, prompted by my birth and foster families, plus his escalating drug and alcohol abuse, I became his personal punching bag too. Marital rape and physical abuse can’t compare to the mental abuse he inflicted on me over the next decade.

I would love to say that I picked up my belongings and left. Wouldn’t that be satisfying and triumphant? The reality is I was kicked out by my husband along with my children as he changed the locks and filed for a divorce for the third time. The only difference was this time I chose not to go back.

My children and I stayed on a friend’s couch and were tormented by my husband’s stalking and violent behaviour to the point this family no longer speaks to us; the trauma was just too much to bear.

It took until I didn’t care if I lived or if I died anymore. Whatever the outcome, I made a small decision to stay away for good.

If someone had told me how long it would take to rebuild, the mistakes I would make, the trauma I would endure by his using the courts and the system to torment me, the cost of watching him abuse my children and torture my pets, I don’t think I would have had the strength to bear it.

I survived hour by hour, day by day, month by month with help from my advocate who stayed true to me for more than 14 years.

I started small – got an apartment, got new belongings, found people who would employ me, walked to work until I could afford to drive, volunteered, went to counselling, went back to school, tackled the courts, watched my children fall apart and rebuild themselves, went back to counselling and learned to love and care for myself.

It’s still a work in progress. But now I am working hard to advocate for other families in crisis and to further my education. But most of all I now am thriving and living life to the fullest!

Choose to believe you are worth more than you are receiving. Choose to speak up and don’t be ashamed to ask for help. Don’t let anyone tell you what to do; own your own victories and mistakes.

Be kind to yourself yet firm. Be alone for a long time and find yourself again, find your spark. Don’t believe in anything less.

By bravely telling our stories! By educating ourselves on violence and respect in all relationships. By helping others instead of believing the myths that exist about victim-blaming and abuse. By abstaining from violent and pornographic images and music of women, men, and children. By choosing peace.

Because when you tell stories like this then all of that abuse that I and others endured, all of the nightmares, all of the lost hope was not in vain. My suffering and the suffering of others can reach into the hearts of others – and this way we help others who are lost in the darkness even as we speak.

Also, I find it so encouraging to see how The Pixel Project truly reaches this generation where they are, with men and women included in the fight to raise awareness. There are so many issues that are all interconnected with each other, and all need us to have the courage to speak up and not be silent.

After all, it is our connectedness and our voices that scare our abusers the most, as any survivor can agree with!