Skip to content
Home > From Our Partners > Meet a Pixel Project Partner: The White Ribbon Campaign 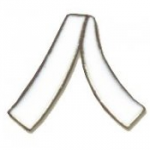 In this post, we would like to introduce to you one of our awareness-raising partners—The White Ribbon Campaign.

The White Ribbon Campaign (WRC) was started in Canada in 1991 when a group of men decided that they had a responsibility to urge men to speak out against violence against women (VAW). Although they only had six weeks to pull their campaign together, they inspired 100,000 men across Canada to wear white ribbons in support of their new initiative. Since that time, WRC has expanded and the campaign now operates in over 55 countries.

The white ribbon, as a symbol, is a personal pledge to “never commit, condone or remain silent about violence against women and girls.”

WRC seeks to end violence against women in all forms, through: challenging people to speak out and think about their actions; educating young people, especially young men and boys; raising public awareness of VAW; working in partnership with women’s organizations, companies, media and other partners to create a future with no VAW; supporting other White Ribbon campaigns to share expertise and resources.

One thought on “Meet a Pixel Project Partner: The White Ribbon Campaign”