I have a total of 5 children – 2 of which are adults now, a teenager who is 15, and 2 small children residing in the home with me. For years, I was a touring musical artist from 1998, till around 2012. When I had my last child (my son), I decided that it was time to become a totally dedicated father, and husband. Leaving the music life was one of the most difficult decisions that I’d ever had to make, but oh so worth it in terms of family value! I took up photography and videography. This allowed me to fill that void of needing to be an artist. To this day, my children and wife are very pleased with me, they look up to me more now than ever before, and I in turn, try to be the best father and husband that I can be! 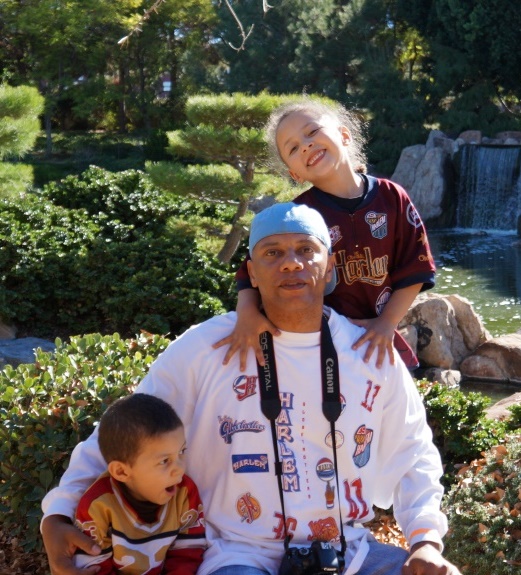 The best thing about being a dad is how valuable I am to my children. They learn most of their first things with me and I get to experience so many first accomplishments with them too. As a Dad, I get to teach fundamentals that will assist my children as they learn to walk, then walk through life on their own, and they in turn pass these lessons down to their children too. When I hear my children calling me “Dad”, when I see the love that they have for me in their eyes, I know that I am their hero, and that means more to me than ANY amount of fame or money that I could ever possess. I thank God that I am healthy, I am happy, and I am in love… with my children.

My father was pretty young when I was conceived. I remember him being there as much as he could. Mother and him were not married; they were just children themselves. I spent quite a few years with my father (away from mother). My dad was always a hardworking man. He always treated his woman like a queen. He had very low tolerance for playing around in school and disrespect at home. These are traits I adopted and passed on to my children as I began having a family.

The role never ends though, and as you get older, the situations change, like the times. The issues that a dad faces three years ago with this child, will be very different from the way a dad needs to deal with this same issue from his child this year. There is no manual to rearing a child. You gotta get in there and try to make the very best decisions for them – ones that will be fair, concise and intelligent.

I believe fathers and older men can do this by showing young boys, young fathers, and young men that they don’t have to play the role of being overtly “Hard”. Society has bogged us down with the ideology that you must be HARD all the time.

I have heard so many people tell young people, to say ‘please’, or ‘thank you’, and the kids act like it is a really difficult thing to say. I mean really? And music, media, all things around us seem to have a campaign to glorify the Bad Boy image. I truly believe that these things are really hurting our young men too. We are conditioning our children that it is wrong to outward and compassionate emotion, and to me that is wrong.