Our thirty-first 2015 Survivor Stories interview is with Ruthie Owen from the U.S.A.

I am an author, a past A&R music scout for Arista and J/MLS Records, airbrush makeup artist and have two majors from college: Psychology and Business Marketing. I am very social, have a large family which is blood and not-blood related. I travel, am in my 50’s and enjoying life now to its fullest. “By the Grace of God”. 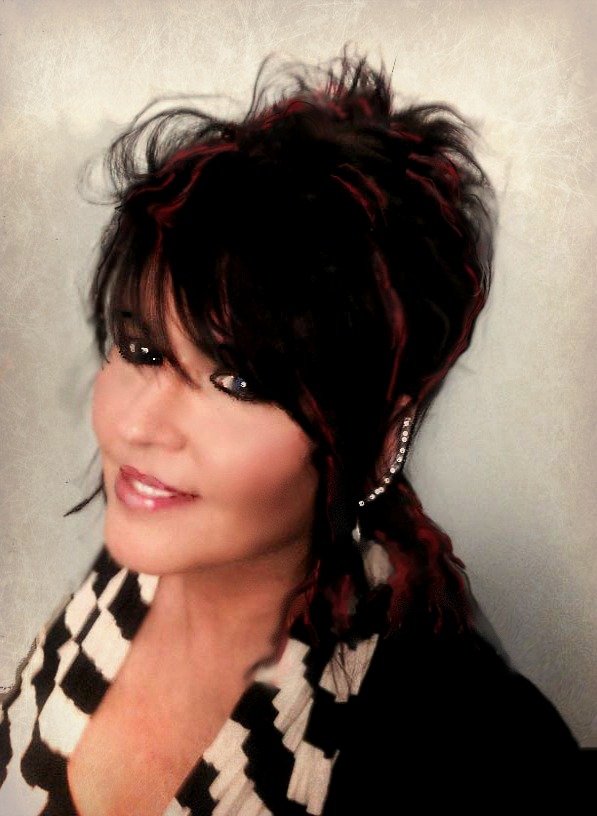 I was not raised in a home with divorce or violence. My parents had a loving 50 year marriage until they passed.

I fell in love at age 15 with a popular athlete at my high school who was 3 years older than I was. The first week of high school he “chose” me to be his girlfriend. We were inseparable and my parents did not like it at all. They saw his obsessive and controlling ways. I continued to see him and my parents told me “either never see him again or move out”. I was 17 years old and scared to death to leave home but I trusted him and moved in with him.

Five months into living together, we argued and he hit my face so hard that I had two black eyes and bled everywhere from my nose. I was in shock. I had to go to school and everyone, including my class counselor, what happened to me. I lied to cover it up. I was raised that when I made a choice, I stuck with it. I stopped loving him the day he hit me the first time.

I did not love him anymore and I moved out at age 18. But he came to see me before he left to attend college in another state, asking me to please go with him and I got pregnant that day. I love my children so very much, but it was not a planned “good-bye” of mine. It was of his. He knew I would never give up a baby even though I was a teen, so I left my new life to once again be with him.

Over the years, he worked out of our homes. I was isolated, told not to leave the house and if I did, when to come back. We had two beautiful children together but I prayed every day that God would save me and my babies by letting us get free. I was verbally, physically and sexually abused for 8 years.

I had planned my “escape” with my small kids for 3 years. One day he left in a hurry and that was the answer to my prayers. I got my kids, their clothes, beds, toys and my clothes and left with no place to go far from home. But we were free.

It took me years to get over the abuse. The confident, popular, outgoing 16-year old that I was before I met him, was gone forever. I had to get her back. I was still numb, scared and had no self-worth. When somebody calls you filthy names in front of your friends, family, and children for 8 years, humiliation sets in. I drank at night because I had panic attacks. I was diagnosed with Post Traumatic Stress Disorder. I went through years of therapy, peeling off one layer at a time of the damage that had been done. Trust was the hardest to get back.

But, I quit drinking, stopped the cycle and never went back. I survived. That was 34 years ago. I am now almost 55 years old and authored a book on the subject of being a domestic violence survivor, Bruised on the Inside.

I have learned to rely on my gut instincts and the knowledge that I have now. I recognise the controlling behavior that leads to abuse and stay far from it. I surround myself with positive, loving people and have gotten my trust back in good people. Watch out for anyone that comes on too strong, too quickly. That could be a new relationship or a friendship or a co-worker. They are very charming and will contact you often. It feels flattering at first, but if this person has a history of the same past relationships or has it in their family, hold your head up high and walk away. The true people are the ones that let you know they are there for you without even telling you. They do it by actions and not by words. They keep their promises and believe me when I say this; you can have a wonderful life once again. One step at a time.

Domestic Violence has always had (in the past when it happened to me) a secrecy about it. No one discussed it. It was “shameful, frightening and out of control”. Sadly, it was only when Nicole Simpson was murdered in 1994 that Domestic Violence had a voice. And as time has gone by, that voice has gotten louder and louder. No more suffering in silence.

It is not a topic that is pleasant at all but, I firmly speak on it because I have worked or known women who have been abused and wanted out of that. I would tell them exactly what had happened to me and what I learned. We are not their victims – the abusers are their own victim. Things happen in life and we don’t always understand why they happened to us, but it strengthens us to become more compassionate for others and we are no longer afraid. We unite more, speak louder and give hope so that more and more are not afraid to get out.

It was in preparation of my e-book published in 2010, that I contacted The Pixel Project asking them if I could quote from their website. Regina Yau answered back and gave me permission for which I was so grateful. When my e-book was published, I sent The Pixel Project a copy of it and press release and they not only thanked me but listed my e-book on their international site and it is still there.

I support them for any and all types of abuse because The Pixel Project cares. They have been around for many with many resources and mentors. I applaud them so very much and will always support and refer anybody in this area, to them. THANK YOU PIXEL PROJECT.