Cedrick is a 29 year old Carpenter living in Sudbury, Ontario with his wife and son. He works as a hockey referee and enjoys playing golf, hockey, fishing, and camping with his family. Cedrick met his wife while in trade school in 2006 and had their son in 20 October 2011; they married shortly after in June 2013. They both work full-time and are trying to expand their family. 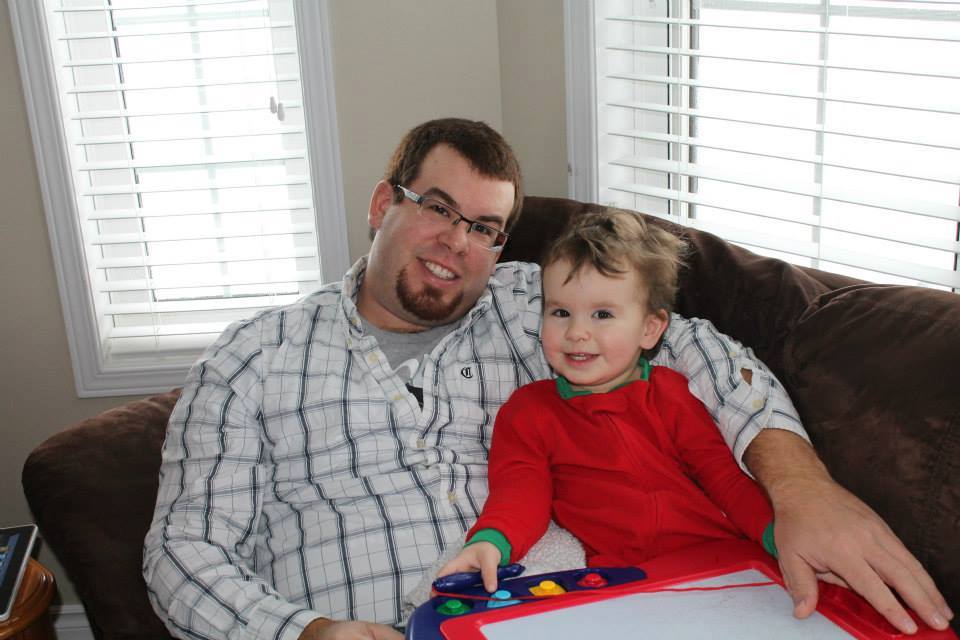 The best thing about being a dad is the unconditional love that I have for him. Waking up in the morning and seeing him is just amazing and the best part of my day. The way a kid sees things make you appreciate life and all the little things so much more. They always look at you as a role model and learn so much from you.

My father showed me how to respect women through the way he treated my mom. He never put her down or talked negatively about her, and he never made it seem like women were anything less than men. He promoted equality and was always polite and respectful. I try to be the same kind of role model with my son, always being respectful to his mother, in hopes that he will learn to do the same.

Besides being positive role models for young men and boys, men need to be more active in the community, especially organisations that target violence against women, and encourage their sons to participate. They need to ensure that they educate their children on how to treat and respect women. Men also need to expose their sons to the types of violence that takes place in the world, which would hopefully empower them to take a stand in stopping that violence.